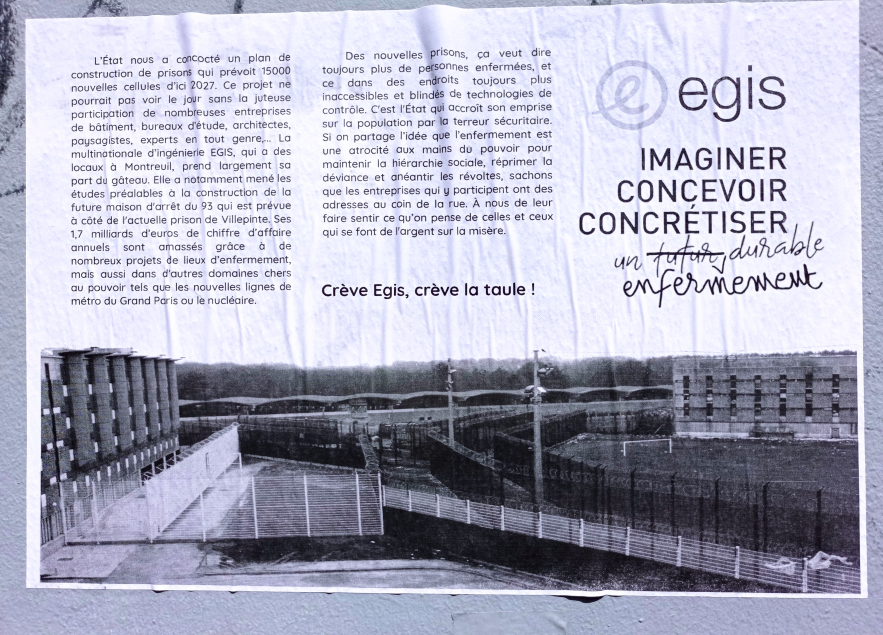 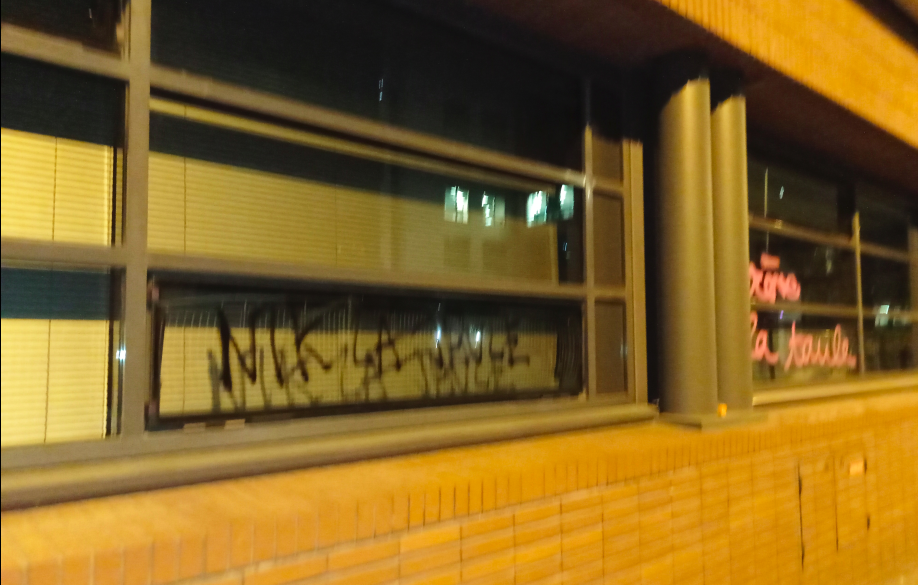 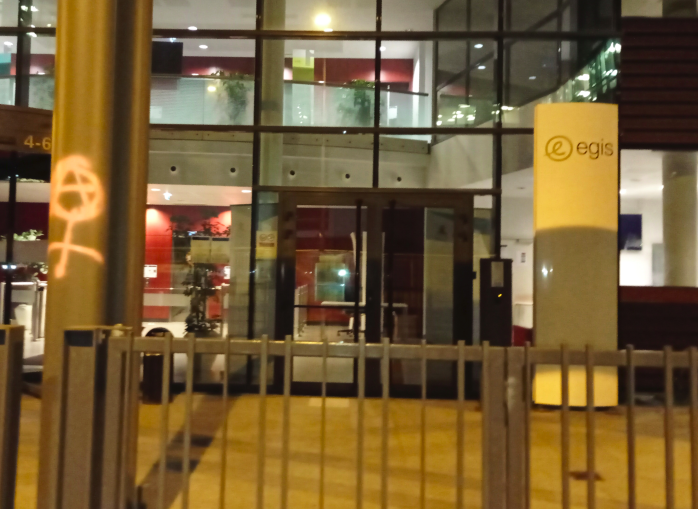 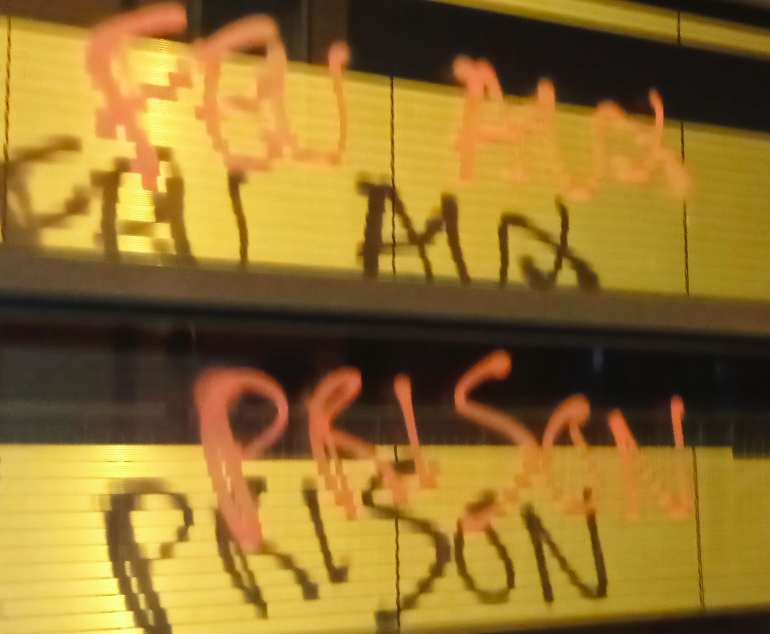 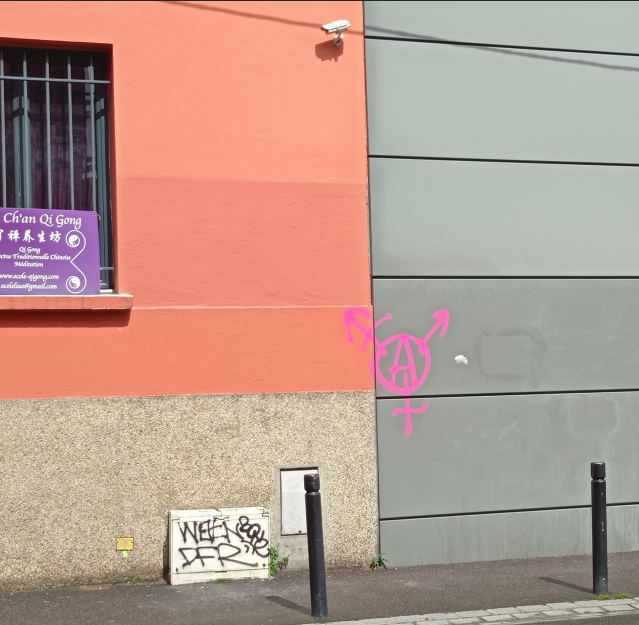 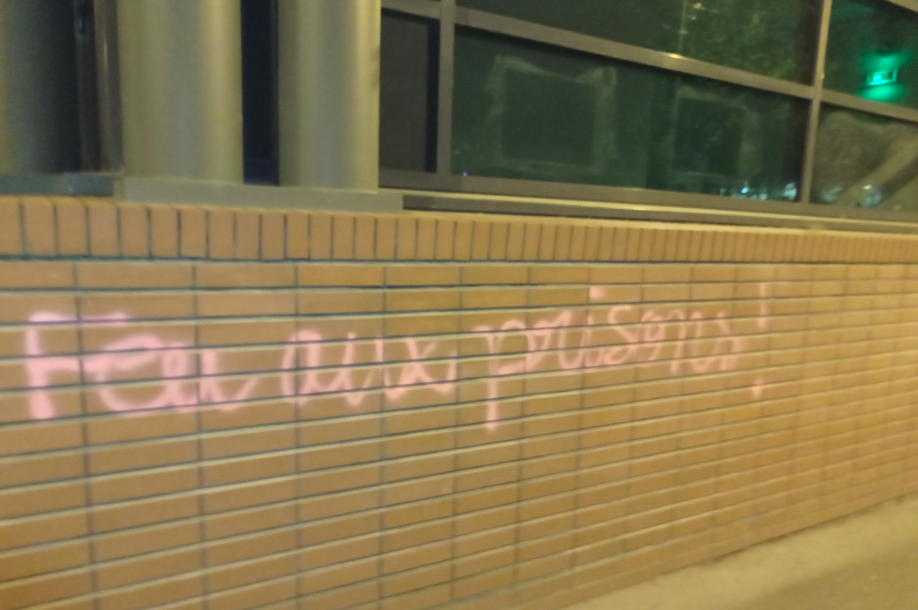 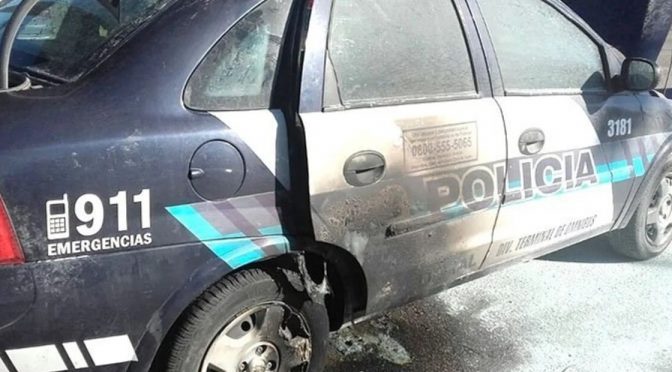 END_OF_DOCUMENT_TOKEN_TO_BE_REPLACED

Today, Saturday, June 5, 2021, in the afternoon, the anarchist and subversive prisoners Marcelo Villarroel, Juan Aliste, Joaquín García and Juan Flores have been transferred from the city of Santiago to Rancagua, from the High Security Prison to the concessioned  prison of that city. 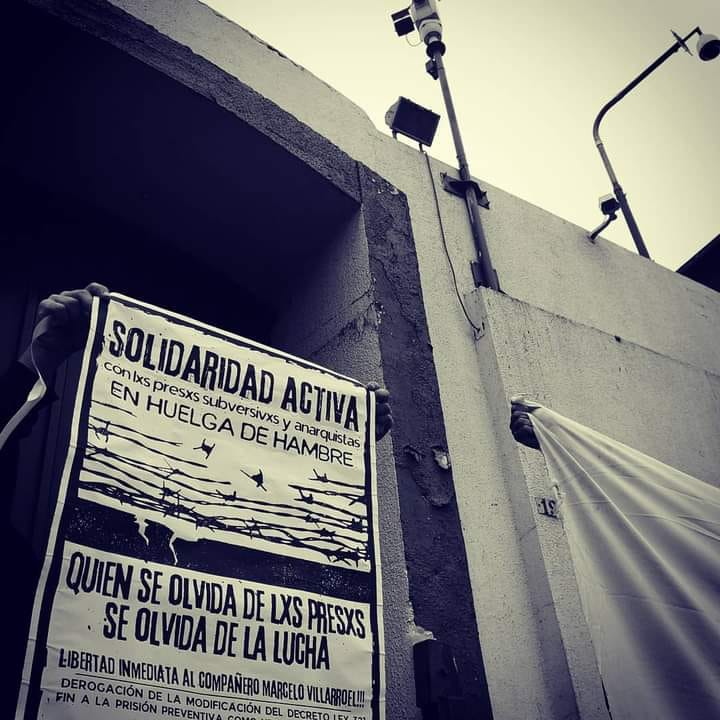 In October 2019, before the revolt, the gendarmerie was preparing a closure of the Special High Security Unit (UEAS), which includes the Maximum Security Section, the High Security Prison and the Captain Yaber Prison for the rich, for its remodelling.  The revolt and the pandemic postponed those measures until they were finally carried out today.

The intentions of the powerful are to reestablish the punishment regime originally created by that extermination centre, 27 years ago, in February 1994 for the punishment of subversives who were fighting the democratic transition.

END_OF_DOCUMENT_TOKEN_TO_BE_REPLACED

Contribution for the debate at the anarchist space Motín by anarchists editors of “Vetriolo”. Madrid, February 27, 2021

Thanks to the comrades for the invitation, we regret that more comrades could not come. The reason for such a small presence is the restrictions related to the repressive laws enacted by governments, under the pretext of the pandemic. However, we would be happy to come back for further discussions as soon as possible.

On the pages of “Vetriolo”, we have defined the repressive climate in Italy, and in general throughout the democratic West, as an “authoritarian turn of new form”. Let us try to better explain the meaning of this definition.

One of the reasons that prompted us to search for a specific definition for the repressive climate of this historical phase is our dissatisfaction with the classic categories of anti-fascism. Some of us don’t believe that there isn’t in fact a fascist danger today. Obviously there are many fascists and they are very dangerous, but some comrades editors of the paper don’t believe that there is a historical and political danger of an establishment of fascist regimes in the West. In fact, we think that fascism was a response of the state to the revolutionary danger. Since there is unfortunately no danger for the power of a social revolution today, we also don’t believe that the liberal state will turn into a fascist state.

END_OF_DOCUMENT_TOKEN_TO_BE_REPLACED 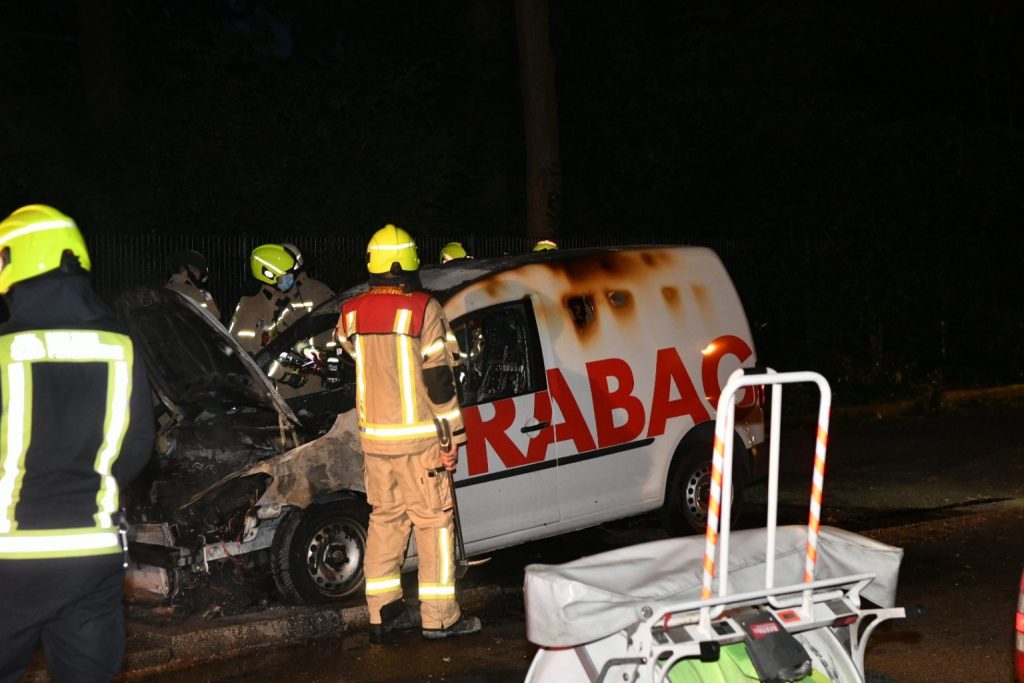 On June 2nd there will be a day of action against motorways at national level. This kick-off against this capitalist madness, cars, was the reason we set fire to a vehicle of the Strabag in the night from Monday to Tuesday.

Nobody was put in danger, no other car was damaged and, above all, the attack was not aimed against the driver of this company car.
In this world guided by ideas of profit and maximization of rentability, this company keeps spinning the wheel of always bigger, always faster… it is devastating the countryside, but in spite of its size it is only small fry. Strabag belongs to the problem of a world that increasingly enslaves nature.

« Each extra metre of motorway means the destruction of the climate, cast in concrete. »

Let’s attack the Munich IAA / Greetings to all the forest occupations / Rigaer94 resist! 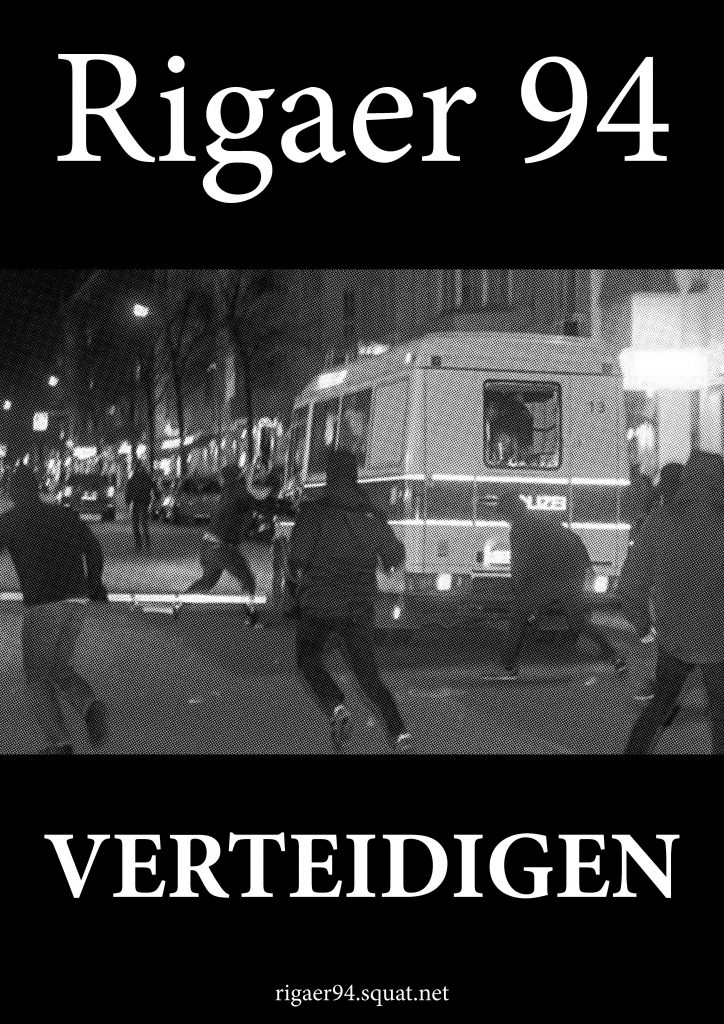 The time to search the conflict and intensify it is long overdue.  It’s time to go against the idea of property and the owners and take on the fight on our side, the side of the disposessed, the renters, the homeless. It is also time to resist against the occupation of our neighbourhoods, against the state and a society, that supports and contributes to its agenda and actions of systematically opressing and exploiting people based on racial ascriptions, drives away, displaces and excludes those that don’t fit or don’t want to fit in with the city of the rich. There is no reason to defend the existing and take the side of those profiting of the capitalist system. There are many reasons though to get organized together and rebel against state and capital, against authorities and its defenders and fight for the principles of selforganisation, mutual aid and a life in freedom and dignity. That is the context in which we see the defense of Rigaer94.

To us, this house is a place where we chose to live and fight collectively. It is a place of organization of different local and international struggles in which we involved ourselves over the years. As a piece of the ongoing resistance in this city. Against the policestate and with it the transformation of parts of the city into so called “danger zones”, in which cops harass, control and hunt people. Against gentrification, rising rents, real estate projects, the destruction of public spaces and forced displacement. Against social isolation, egoism and the narrative of “everyone fending for themselves”.

END_OF_DOCUMENT_TOKEN_TO_BE_REPLACED 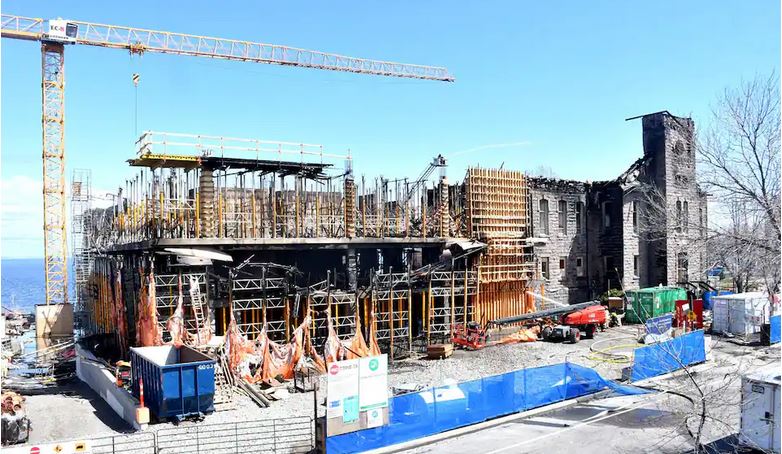 After seeing so many men and women in handcuffs being lugged endlessly through interminable corridors, then going to jail after dark … After attending so many videoconference hearings where cables and screens now prevent physically spitting in the face of the judges, or thinking full of rage to jump from the box and try to run off… After contemplating a beautiful sample of what humankind can offer most vilely – executioners in uniform, scoundrels in togas, conscientious journalists, experts in the right of the strongest, I’m-only-doing-my-job clerks, repentant scales … By dint of hearing the complaints of fine talkers claiming what a tool of domination cannot structurally give them, namely justice or truth, which moreover is non-existent in heaven as on earth …

By dint of, who knows ?, reflections on the absolute incompatibility between authority – that which it embodied so well – and freedom …the court of Roberval went up in flames in the evening of May 8th 2021. . But after all, doesn’t the famous motto on the coat of arms of this small Quebec town located on the shores of Lake Saint-Jean proudly profess “For a valiant heart, nothing is impossible“? Although humans often have poor memories, what was one of the last historic buildings in the city (1910), however, remembers very well that the following year a regional prison was added to it. Certainly the mark of some civilizational progress on the predecessors of the shores of the lake, these Innu nomads whose wisdom had for too long END_OF_DOCUMENT_TOKEN_TO_BE_REPLACED 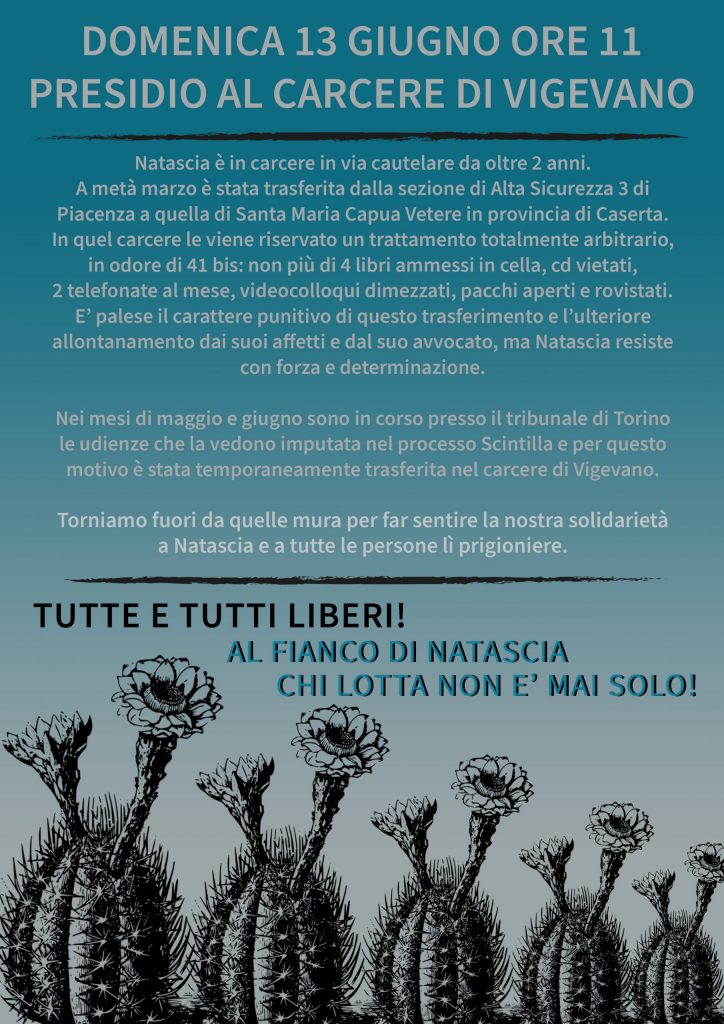 Natascia has been in preventive detention for over two years. In mid-March she was transferred from the High Security 3 section of Piacenza to that of Santa Maria Capua Vetere, in the province of Caserta. In that prison, she is treated in a totally arbitrary manner, partially reminiscent of 41 bis [the harshest and most restrictive prison regime in Italy]: no more than four books are allowed in the cell, CDs are forbidden, two phone calls per month, video interviews are halved, parcels are opened and searched. The punitive nature of this transfer and the further estrangement from her affections and her lawyer is obvious, but Natascia resists with strength and determination.

During the months of May and June at the court of Turin are underway the hearings for the Scintilla trial and for this reason she has been temporarily transferred to the prison of Vigevano.

END_OF_DOCUMENT_TOKEN_TO_BE_REPLACED 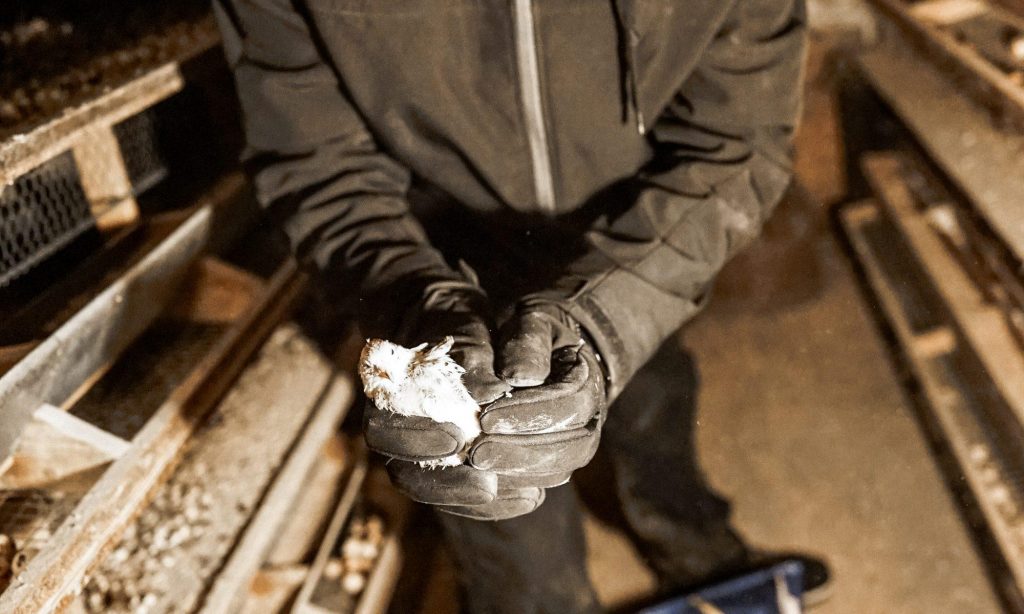 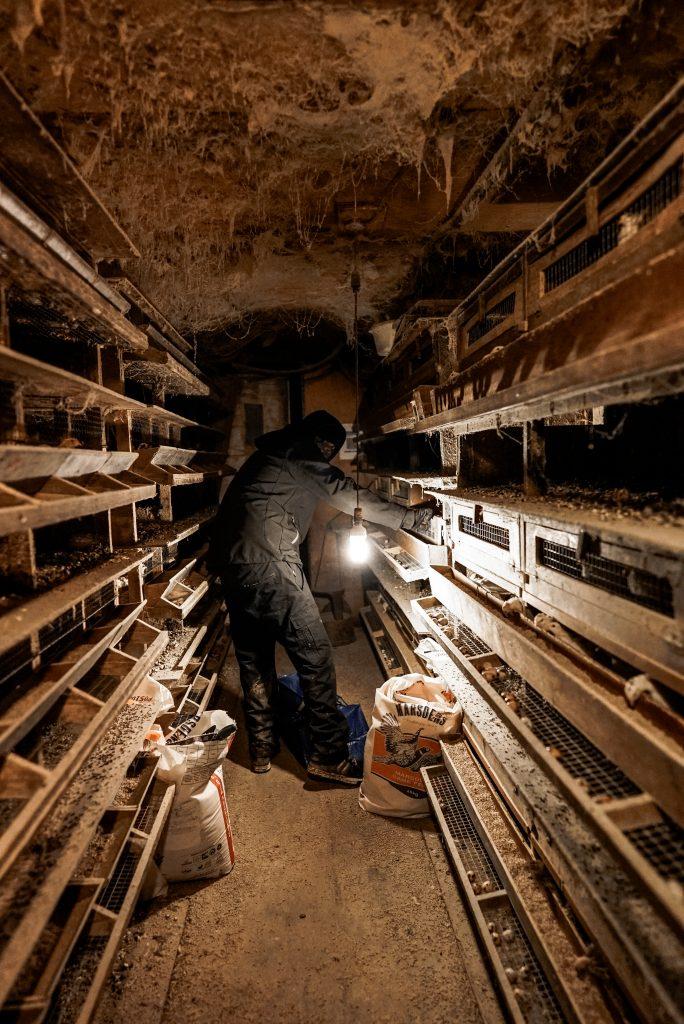 “We had never seen an intensive bird farm as disgusting as this. Birds shitting on each other whilst standing on wire mesh, a suffocating smell that we will not forget and cages so small the birds could barely stand.

The door proved to be easier than we thought. The lock took some convincing but our trusty bolt cutters were enough to access the shed. Once inside, we took 85 quails to safety.

END_OF_DOCUMENT_TOKEN_TO_BE_REPLACED

I have a lot on my plate. Like Marius, I’m also a student paralegal – recently enrolled in Blackstone Paralegal Studies Program. I’ve also applied for summer courses at Coastline College.

On top of that I’m always pursuing various writing projects, and have recently been granted a writer’s mentorship after being accepted into the Writer’s Cohort of Empowerment Avenue & Prison Renaissance Project, started by Rahsaan Thomas at San Quentin. All this, in addition to my prison job assignments on the Recycle Crew, ISUDT Intensive, and Inmate Advisory Council (I.A.C.) Transgender Rep.

I’m always busy answering a stack of mail, reading books/zines, and pursuing my legal campaign for Executive Clemency/commutation of sentence, and to challenge the unfair parole denial and housing discrimination. I recently hired the National Clemency Project to help prepare my commutation application packet. I need support letters! END_OF_DOCUMENT_TOKEN_TO_BE_REPLACED