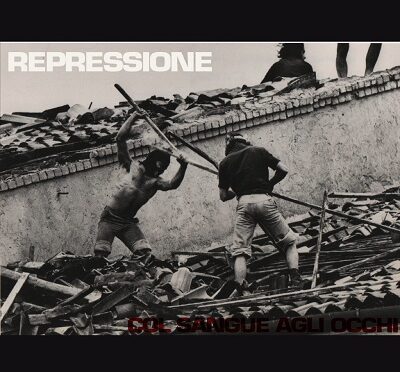 With blood in our eyes

Saturday July 9th, the court of Treviso sentenced our friend and comrade Juan to 28 years’ prison (plus three years’ probation, 30,000 euro in compensation to the League and 17,000 euro in court costs) because he was held responsible for the attack in Treviso of the Carroccio in August 2018. Following the recent configuration of the charge of ‘political massacre’ – which stipulates life imprisonment – for an explosive attack on the carabinieri barracks in Fossano attributed to the anarchists Anna and Alfredo, this is the highest penalty, in our memory, ever imposed in Italy for a direct action that resulted in no injuries.

Among the infinite possible examples, it can be observed that the charge of ‘political massacre’ was not even brought against the Capaci massacre, [1992, anti-mafia Judge Giovanni Falcone, his wife and three escort cops, are killed in an explosion on the motorway near Palermo, Sicily and seven other people injured] while the fascist Traini was sentenced to 12 years for shooting at immigrants, wounding six of them, (and against a PD [Democratic Party] premises…). The aggravating circumstances of ‘terrorism’ (and of ‘massacres’ with neither dead nor wounded) apply to revolutionaries in general and anarchists in particular. We could also remember what was said in so much of so-called civil society in 2018 about state racism, on immigrants segregated on ships in ports, on the declarations of Interior Minister Salvini.

We say declarations on purpose, because the actual practice of state racism, criminal agreements with Libya, etc. has never been changed by whatever government in charge. But the social consensus towards institutional racism is no mere trifle: the Captain’s [Salvini, Northern League, anti-migrant ex-deputy pm and home minister] daily tweets produced a security decree that increased the possible penalties for picketing and roadblocking to 12 years. As has been the case in Italy since 1975 – in that unique security text that began with the Reale Law and has never been completed – ‘exceptional’ regulations proliferate without any democratic outcry ever leading to the slightest repeal. While we are discovering the obvious these days: that political pressure from a multinational like Uber is behind the taxi competition rules, we pretend that the subject of ‘security’ is instead ‘technical’. As if the tightening of penalties against workers’ picketing was not commissioned by the logistics bosses. If until now no one had taken 28 years in prison for an action such as the one in Treviso, it was not because of legal limitations (with the aggravating circumstance of ‘terrorism’ applied to the individual segments that make up an action – packaging, transport, use of ‘deadly’ materials – one can get close to life imprisonment), but because of social limitations.

The same reason that no one has yet taken 12 years’ prison for a picket (although the law allowing it is there, ready for use). Here it is: a system at war, which goes from Emergency to Emergency, which turns its disasters into occasions for further techno-military escapades, tends to overwhelm those limits that were the result of previous cycles of struggle – as well as capitalist valorisation -. In this sense, an urgent problem of collective self-defence arises.

The targeting of anarchists and revolutionary anarchists certainly has its own specificity. The willingness to take risks shown in these decades of social pacification, as well as the absence of saints in paradise among the political and intellectual classes, makes them particularly susceptible to blows.

But who in ‘antagonist’ circles remains indifferent to 41bis for Alfredo, to possible life sentences for both him and Anna, to 28 years for Juan, will not only reveal their own ethical paucity, but will really be getting their accounts wrong. Safe from repression are now only those who resign themselves.

As for us, after having had him by our side for twenty years, we will not leave Juan alone this very moment. It is not only hatred towards man’s dominion over man and nature that makes the blood rise in our eyes, but also love for a comrade whose courage, modesty and gentleness we have come to know.