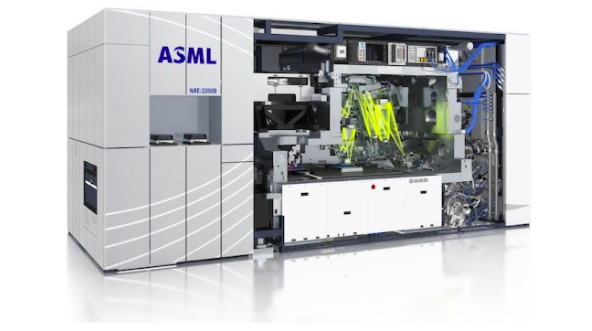 Two attacks severely impacted the operations of semiconductor giants STMicroelectronics and Soitec last April. As a contribution to imagining possibilities for hitting where it hurts, here is a brief overview of ASML – an unavoidable dependency for all semiconductor manufacturers.

ASML may be the most important company you’ve never heard of. The $220B Dutch firm makes the machines that make semiconductors. Each one costs $150m and access to them are a huge geopolitical flashpoint. Its key product is an extreme ultraviolet lithography (EUV) machine, which “prints” tiny circuits onto Silicon wafers.

Only around 40 are made a year and ASML has a near monopoly on the machine technology. ASML’s main clients: Intel, Samsung and Taiwan Semiconductor Manufacturing Co. (TSMC). They need EUV to keep Moore’s Law (“the number of transistors on microchips doubles every 2 years”) alive and continue to advance computing. Total ASML sales in 2021 totaled $20B.

ASML began in 1984, as a joint venture between Dutch conglomerate Philips and an electronics maker called Advanced Semiconductor Materials Int. ASML scored its first hit product in 1991, and soon after, it acquired a number of US lithography firms and – by the end of 1990s – it had comparable market share to Nikon and Canon. In the mid-2000s, ASML started spending huge amounts on the research and development of EUV technology. ASML licensed EUV tech in 1999, and Canon elected not to pursue it due to financial problems while Nikon chose to develop older tech. It was a massive risk, though: EUV lithography would require Samsung, Intel and TMSC to completely rebuild and redesign their fabrication plants. From 2008-14, ASML put $5B+ into EUV research. The potential of EUV was so great that Intel, Samsung and TMSC – all competitors – jointly acquired 23% of ASML. Intel put up the most: €2.5B for a 15% share (today, the firms have sold down most their stakes). The first production-ready EUV machine was released in 2016. 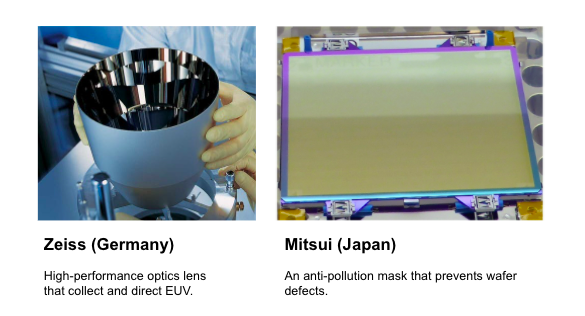 Why can ASML only make around 40 EUVs a year? Each take 12-18 months and it has to:
• Co-ordinate 1k+ suppliers (hard to do, like plane manufacturing)
• Each EUV is custom (30+ variables to choose from)
• Long lead times (speciality parts like the Zeiss lens takes 40 weeks to produce)

The delivery process is very intricate, too:
• Each EUV weighs 180 tons
• A disassembled EUV takes up to 40 shipping containers
• Shipping it (mostly to Asia) takes 20 trucks and 3 Boeing 747s
• ASML teams must be on-the-ground to maintain them
• The minimum spend to house EUVs is $1B

In 2021, ASML shipped 268 DUVs and 42 EUVs (only 140 ever have been sold) — this is ~90% of the semi lithography industry. ASML has a $50B+ order backlog and its nearest competitors are a decade behind the EUV tech. Meanwhile, it’s already working on the next-gen (High NA-EUV).

With chips needed in everything (data centres, AI, autos, mining), semiconductors are the oil of the 21st century. The US has even blocked Dutch exports of EUV-licensed tech to China.

“How would it be if, instead of targets that exist everywhere, targets that exist nowhere else were brought into focus for once? Because domination penetrates the space neither evenly, nor uniformly. Each of its infrastructures has nodes that are of particular centrality, while some territories are more strongly marked by this infrastructure and others by that. Globally, for example, the high­tech metropolises, with their research, financial, armaments, and high­tech production infrastructures, can be distinguished from the more extractivist and agriculturally exploited periphery. And even within the capitalist metropolitan regions, of which the “Everywhere Targets” seem to be primarily concerned, a closer look reveals quite different infrastructural emphases. While one region is characterized by lignite mining and the energy generated from it, elsewhere the high­ tech computer industry sits above all, and still elsewhere the biotechnology industry has pitched its tents, while the automotive industry and chemical corporations have for almost an entire century organized entire cities and regions according to their needs, port cities form important commercial metropolises, and sometimes individual military sites and even individual radio masts are of international (military) importance. In the midst of this network, very different and often unique points of attack can be identified, which are capable of inflicting much more material damage on domination than perhaps the arson of vehicles with the same logos on them over and over again. It may take some effort to identify them, sometimes they may be better protected, sometimes perhaps worse, than the targets that exist everywhere, and one may be forced to give free rein to individual creativity in identifying and destroying these targets. Nonetheless, or precisely because of this, I think that these targets may provide the more interesting starting point in the struggle against domination. Not least because they are ultimately also based on a more precise analysis of how domination works than the abstract specter of global corporations, police forces, and armies that seem to be equally latent everywhere.”
– Targets That Do Not Exist Anywhere Else