Actforfree updates, notes: Italy: Op. “Prometeo’’ – Beppe, Robert and Nat acquittedand some info news about ”operation Scintilla” via: roundrobin.info Translated by act for freedom now! —————— Solidarity gathering outside the Court in Turin, 7th October at 10:30am Gathering outside the CPR [detention centre for migrants] in Turin, 9th October at 4pm Operation Scintilla was … END_OF_DOCUMENT_TOKEN_TO_BE_REPLACED

via: Roundrobin, Translated by act for freedom now! ——— We have decided to have a say ourselves regarding the declaration made during the appeal trial for operation Scintilla in February 2019. We are doing it now on the internet, over two years later, strong from a long, hard and enriching path. The choice of coming … END_OF_DOCUMENT_TOKEN_TO_BE_REPLACED

https://roundrobin.infoTranslated by act for freedom now! Letter In February 2019 I signed the declaration that I submitted at a review trial for operation Scintilla. My responsibility for writing the text is entirely my own. The piece in question presents numerous problems, the most serious certainly that linked to the refusal of the alleged indiscriminate nature … END_OF_DOCUMENT_TOKEN_TO_BE_REPLACED

Beginning of first degree of Operation Scintilla. The three preliminary hearings for Operation Scintilla concluded with the confirmation by the Gup of the entire accusatory package and the committal for trial of all 18 defendants for all the crimes charged. Obviously, both instigation to commit a crime and subversive association, that is art. 270 c.p., … END_OF_DOCUMENT_TOKEN_TO_BE_REPLACED

via:ilrovescio.info The first of the preliminary hearings – the usual bureaucratic ritual of formalities – was a chance to see Carla, currently under house arrest with all restrictions, and Natascia, unexpectedly transferred from the prison of Santa Maria Capua Vetere. Nat was moved, without her lawyer’s knowledge, as the hearings will take place in a … END_OF_DOCUMENT_TOKEN_TO_BE_REPLACED 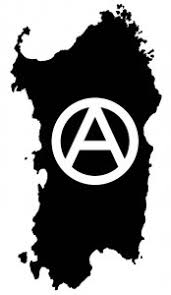 On Operation “Sibilla”, from Sardinia [Note: all the repressive measures inflicted on comrades struck by operation Scintilla were annulled by the court of review on 16th December 2021] SEMPRI AINNATIS! SOLIDARITY WITH THE RECALCITRANT! “…The use being made of the charge of incitement, whether employed “purely” or as “garnishing” to other charges, is significant because … END_OF_DOCUMENT_TOKEN_TO_BE_REPLACED

ABOUT OUR ANARCHIST COMRADES DIMITRA VALAVANI , KOSTANTINA ATHANASOPOULOU AND GIANNIS MICHAILIDIS 2020-2021 ——————- Network of Combative Prisoners (DAK) in Greece Analysis of a Hunger Strike Translated and printed by boubourAs and sysiphus for Act For Freedom Now! London, September 2015 ———————————–—————————- —————————– Words from imprisoned anarchist comrade Anna Beniamino Degenerations – Between pride and … END_OF_DOCUMENT_TOKEN_TO_BE_REPLACED

At the beginning of April the carabinieri notified Robert, already on trial for ”operation Prometeo”, a warranty notice for article 280 (attack for purposes of terrorism) with an attached request for urgent assessments to be carried out on 13th April 2021 at the RIS headquarters in Parma on materials collected on 27 and 28th November … END_OF_DOCUMENT_TOKEN_TO_BE_REPLACED

Le marbré opened its doors in september 2020, since then the marble dust and rockwool has made room for a living space and a space of radical autonomous* and self-organized political organisation. Diverse ideas carrying a discourse against market logic, against capitalism and all oppression , on the search of a rupture with the state … END_OF_DOCUMENT_TOKEN_TO_BE_REPLACED