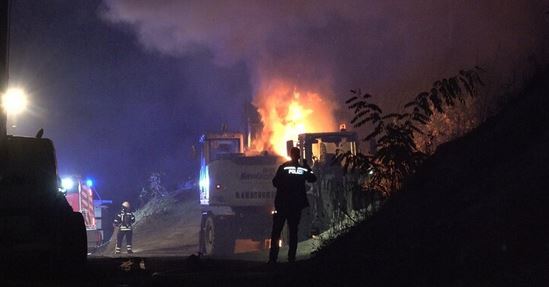 Translated from German via Sozialer Zorn, November 4, 2022
(from the press)

The series of attacks on the construction company Hentschke seems to be continuing. On Thursday night, November 4, two excavators were set on fire in the Stünz district of Leipzig, causing 375,000 euros of damage.

The arsonists went to the railway construction site in the east of the city around 2 am. They set fire to two excavators and fled. The construction equipment burned to the ground before firefighters could extinguish it. 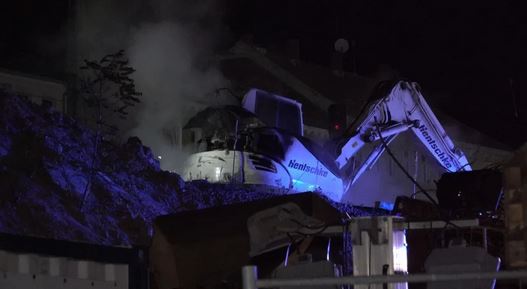 Police began to collect evidence overnight. State Protection (Staatsschutz) was involved in the investigation. The Saxon Police Center for Combating Extremism and Terrorism (PTAZ), specifically the special unit called Soko LinX, has been investigating the attacks on the Hentschke company for a long time.

Years ago, the company, which is headed by Jörg Drews, donated 19,500 euros to the AfD. According to an old communique published on the Indymedia platform, the alleged far-left perpetrators cite this as one of the reasons for the arson attacks. In August 2019, excavators had also burned at the construction site of the new prison in Zwickau. Here too, Hentschke-Bau was active. Since then, the company’s vehicles and construction equipment have been set on fire several times throughout Saxony. The damage now amounts to millions of euros. 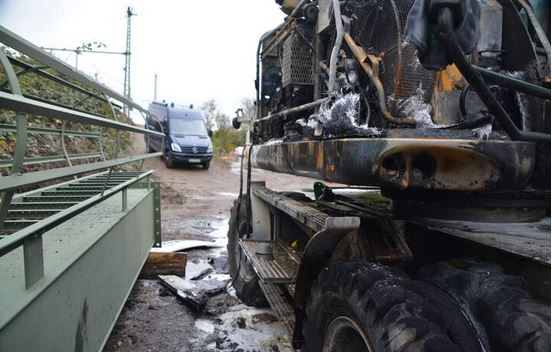