Smithers , find the hotel where the special unit in charge of defending the gas pipeline is staying

On the night of Tuesday to Wednesday, October 26, around 4:30 am in Smithers (British Columbia), several vehicles parked on the outside parking lot of the Sunshine Inn went up in smoke. Four of the vehicles belonged to the Royal Canadian Mounted Police (RCMP) and two belonged to BC Hydro, the energy company that operates British Columbia’s hydro and gas plants.

As anyone on the scene would point out, the small town of Smithers borders the construction area of the CoastalGasLink pipeline, a 670-kilometre-long pipeline through Wet’suwet’en territory, against which a struggle has been underway for several years to prevent environmental devastation and exploitation. 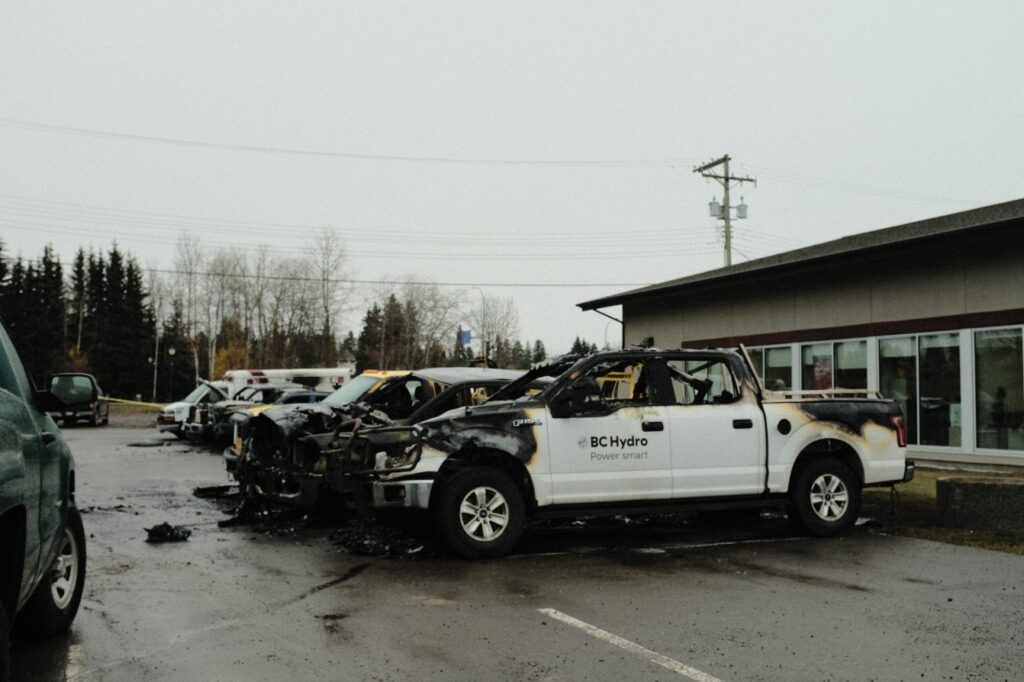 The English-speaking correspondent of the public channel Radio Canada (26/10) did not miss the link between this anonymous arson attack and the gas pipeline under construction, stating that “one of the police vehicles that burned bore the inscription C-IRG”, i.e. the Community-Industry Response Group, the special constable unit created in 2017 to conduct surveillance of opposition to industrial projects, before adding that “C-IRG officers conduct regular patrols on remote logging roads that lead to a Coastal GasLink pipeline construction camp about 100 kilometers from Smithers. ”

The Vancouver Sun (26/10) didn’t beat around the bush, captioning a photo of the arson attack “Several vehicles belonging to the B.C. RCMP, BC Hydro and Coastal GasLink were set on fire outside the Sunshine Inn in Smithers,” while the pipeline’s parent company, TC Energy, immediately issued an official statement announcing that it was “stepping up security measures at our work sites in the area”. 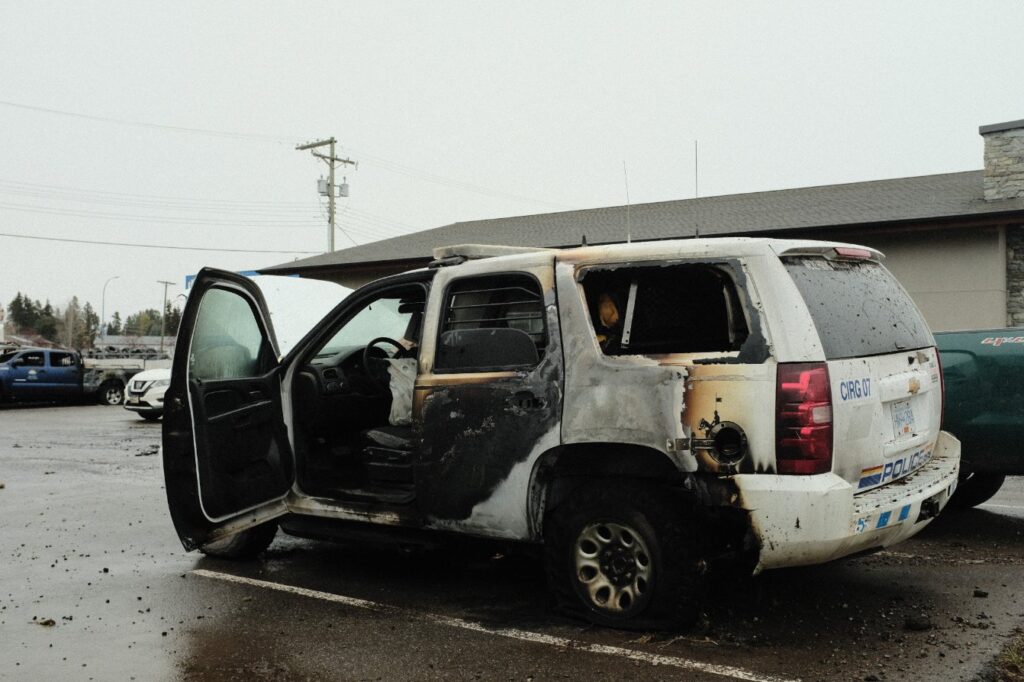 The hotel in the small town of Smithers, where the nocturnal barbecue took place, had as guests the teams of gendarmes responsible for the security of the pipeline and the harassment of its opponents. A documentary filmmaker who has been following the struggle in the area and dealing with them on several occasions, even provided the following tidbit: “For months, out-of-town RCMP have been flying into the area to target and harass Wet’suwet’en land defenders. They are staying at this hotel and were using these vehicles for their patrols.

And when you consider that the private security mercenaries hired by Coastal GasLink to protect its disputed pipeline sites are also often former members of the police force, and that they also stay at this hotel when they’re there… you’d think that some good places like the Sunshine Inn in Smithers would be worth a little more exposure… 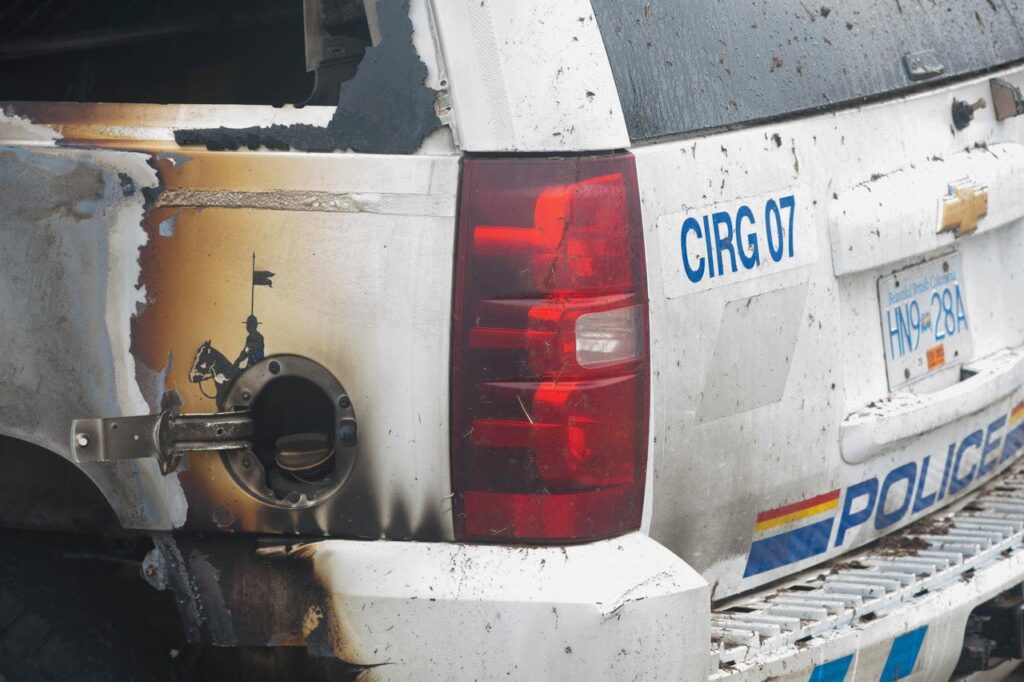 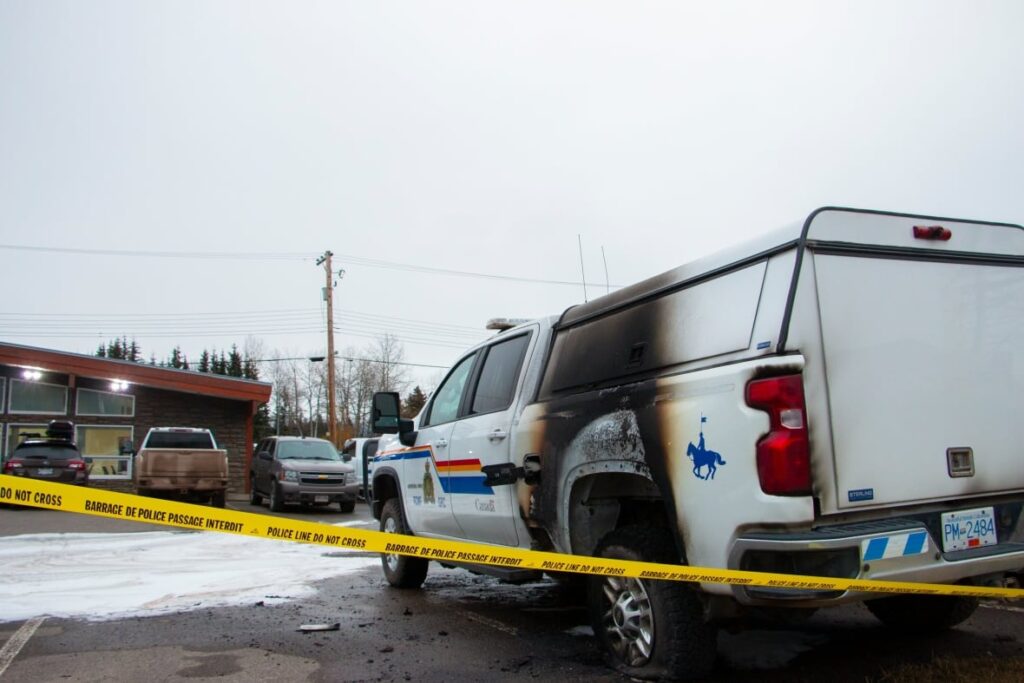 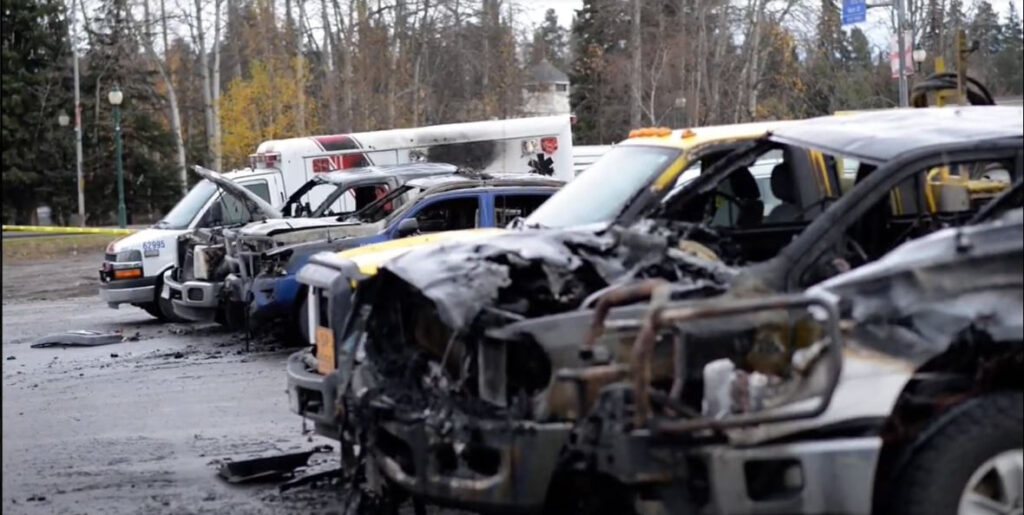