On Sunday night, July 25, at about 3:00 a.m., flames several meters high suddenly rose into the dark sky in the Obersendling district of southern Munich: five trucks, five trailers and an excavator of the BTP construction company burned down on its site, which is used as a logistics and storage center for several construction sites in the city.

According to the police, traces found at the scene indicate that it was an arson attack, and the damage is estimated at two million euros. The damage to two 7.5-ton trucks, three 3.5-ton trucks, an excavator and five trailers, plus construction equipment and machinery destroyed by the fire, already amount to more than one and a half million euros. In addition, 25 reels of fiber optic cable were burned to a crisp and 10 large rolls of cable and sheathing worth well over 200,000 euros.

Due to the heavy smoke development, the adjacent railroad tracks to Wolfratshausen and Holzkirchen were temporarily closed for safety reasons. After about an hour, the various fires on the site were extinguished. The fire department remained in action until about 5 a.m. to extinguish the last embers.

The German State Security (Staatsschutz) is now in charge of the further investigation, under the leadership of the police station K 43, which is responsible for crimes related to the extreme left-wing spectrum. There are no traces of the perpetrators at the moment, but a connection to the arson attacks on infrastructure in and around Munich in recent years is being examined.

In May 2021, underground cables were damaged in the vicinity of the Eastern Railway Station, leaving 20,000 households without electricity [the fire temporarily shut down the Rohde & Schwarz arms company]. In the past, several cell phone masts and a gravel pit near Deisenhofen were also burned down. In August 2021, an arson attack was also carried out on a gravel mining company in the Forst Kasten region, whose continued operation in the area meant the removal of another 1,000 trees. 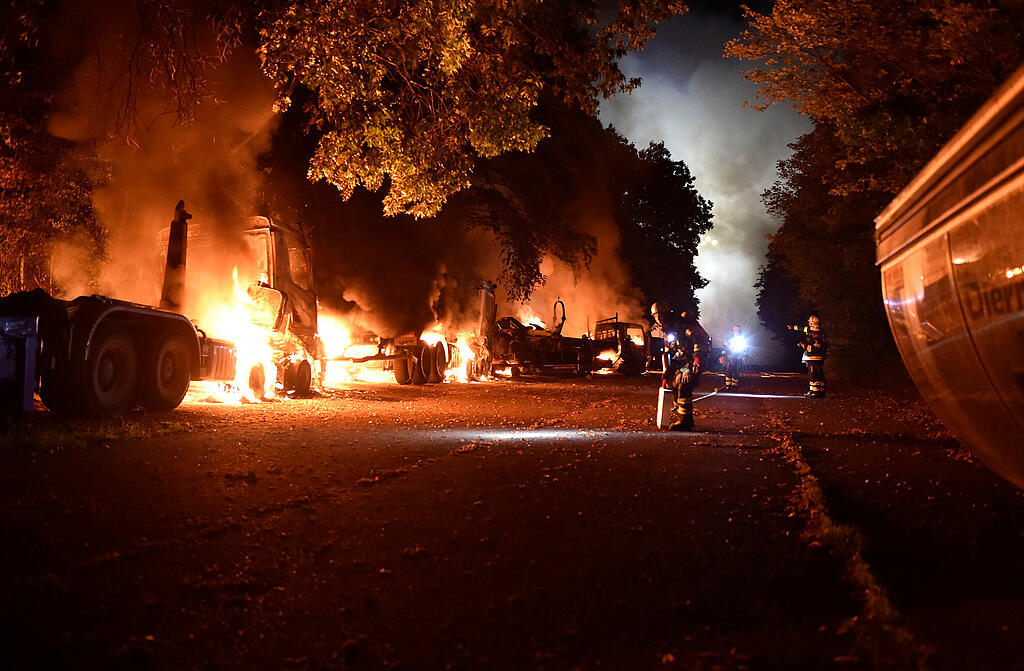 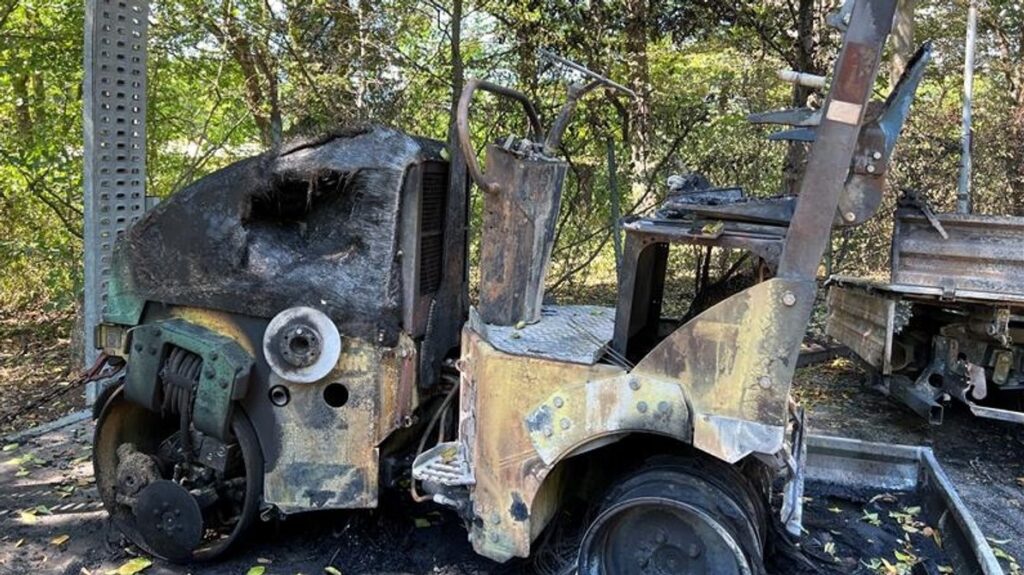 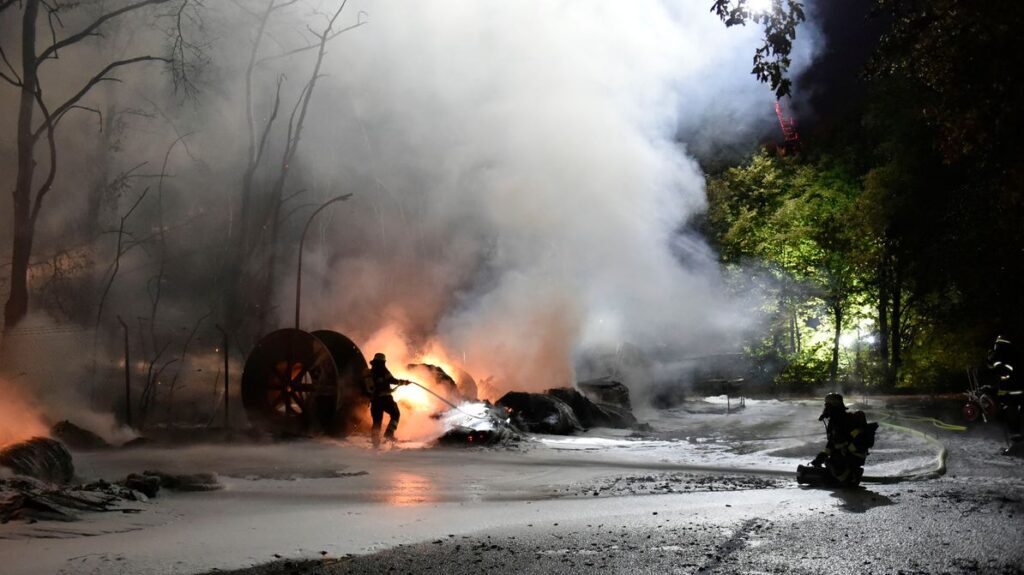