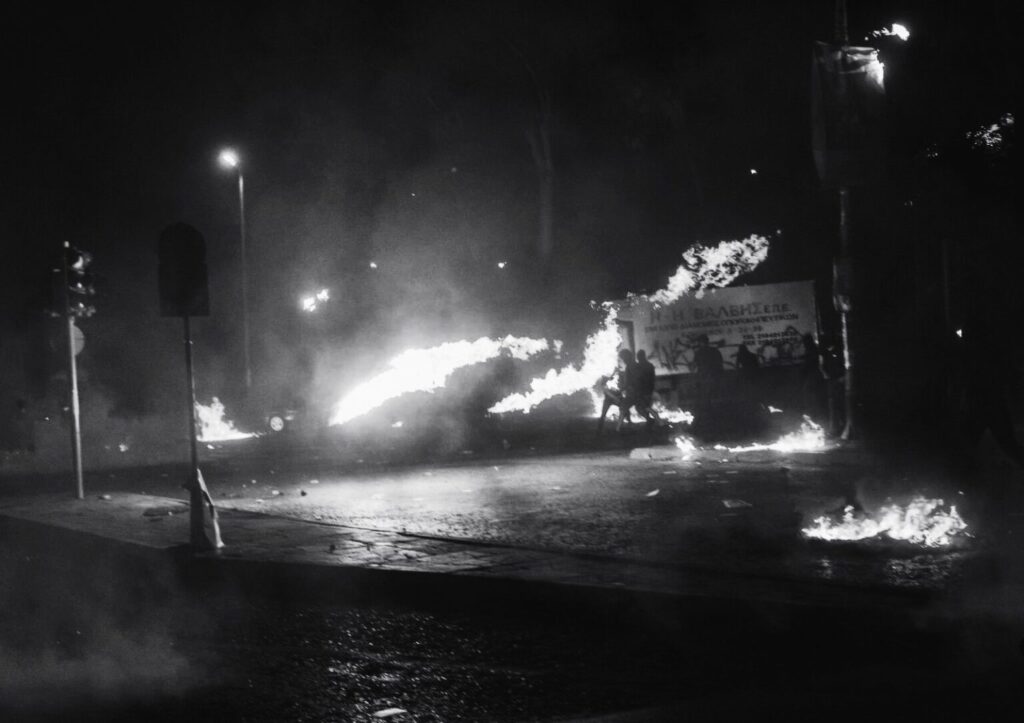 In the evening of 02/07 a group of comrades moved towards the building of YMET with the aim of attacking with stones and Molotov cocktails. At the same time, other comrades were setting up barricades outside the campus gate. After the attack and clashes with the cops guarding the building, a total of more than a hundred comrades lined the barricades.

Despite the widespread and murderous chemical firing, people stood their ground and the formations continued for about an hour, resulting in injuries to riot cops.

The attack was carried out in solidarity with the hunger striker, anarchist G. Michailidis, who claims the freedom that the state and the judges are vengefully depriving him of, even though he has fulfilled the conditions for conditional dismissal according to their laws. This action is also a reminder that the university police are not welcome at any university. These spaces will remain spaces of rebellion and struggle.

WAR AGAINST STATE, CAPITAL, PATRIARCHY AND ALL AUTHORITY

UNTIL THE DESTRUCTION OF THE LAST PRISON