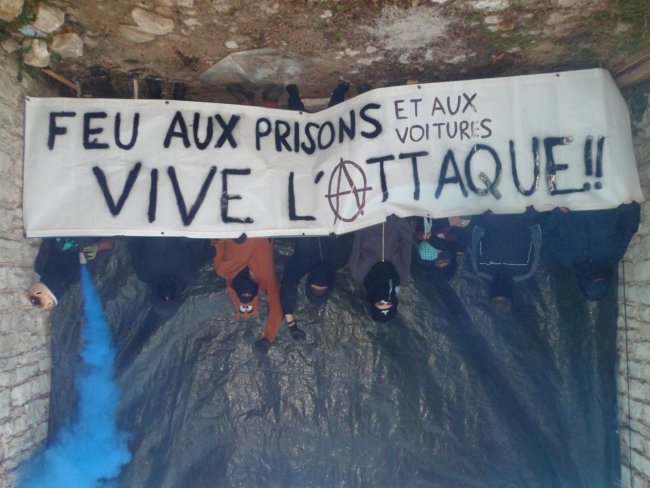 During the night of June 10th to 11th, a person suspected of being an admin of the site attaque.noblogs.org was arrested and then placed in provisional detention, and the media unleashed their venom on this story. He is accused of having set fire to 58 cars between 2017 and 2022 in the “beautiful districts” of Paris: diplomatic cars, cars of private companies (Eiffage) or public (Enedis, RATP) or media (the Est Républicain). More info from the mainstream press here.
It made us angry.

With this banner, we send all our solidarity from Bure & let the revolt spread.

PS: a sneak peek of the banner was seen by the gendarmerie helicopter that was passing by, doing their job of repression…