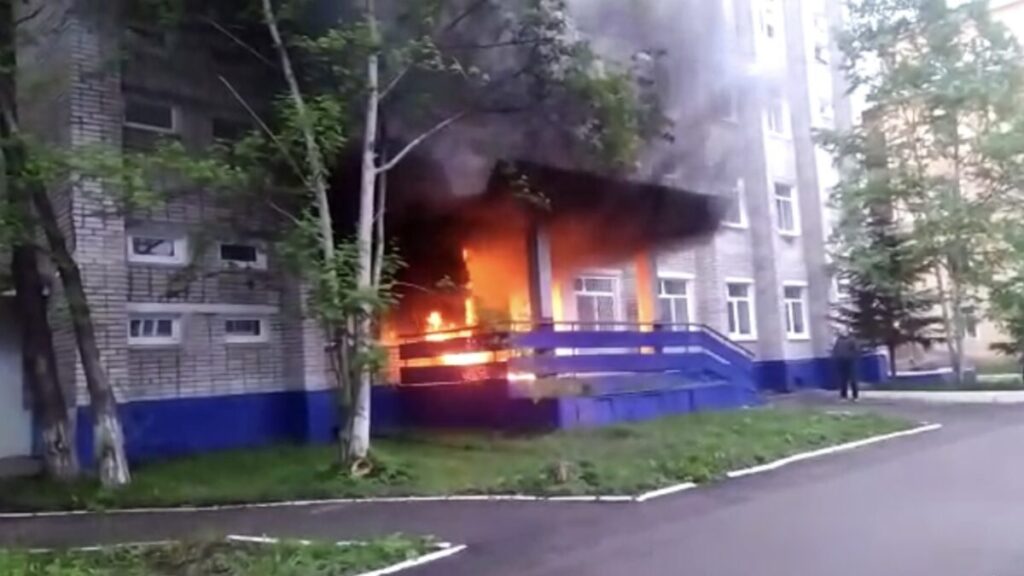 Komsomolsk/Amur (Russia), June 4, 2022: fire at the entrance of the Russian military national guard

On June 4, 2022, a resident of Komsomolsk-on-Amur set fire to the entrance of the local office of the Rosgvard [Russian Military National Guard] in the Khabarovsk region. The man spilled gasoline from a can on the porch and set it on fire. Unfortunately, he was arrested, his name is Vladimir Zolotarev, 50 years old.

According to official information, Vladimir tried to enter the building on Pionerskaya Street with a plastic can containing a flammable liquid, but the door was closed. He then placed the can near the door and set it on fire, which caused a fire on the porch, which passers-by filmed with their cameras.