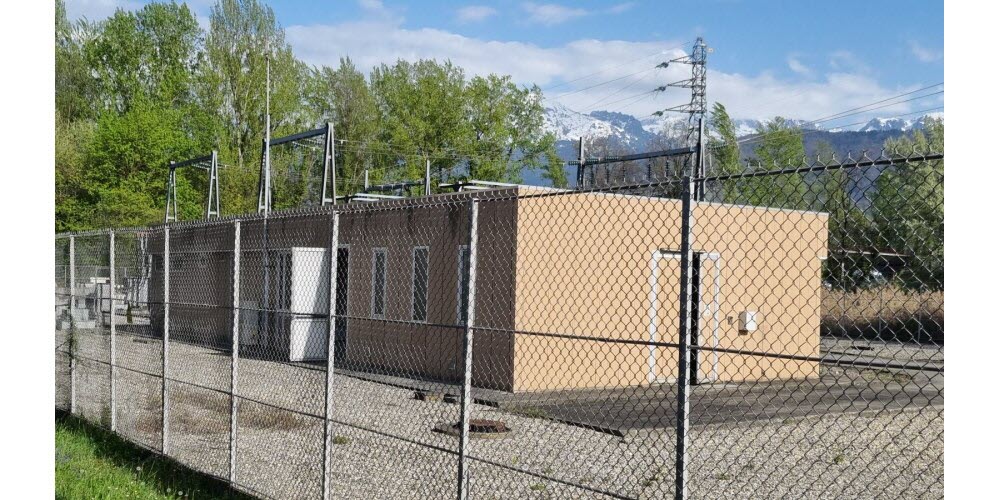 After the large high-tech companies of the Crolles basin last week, it is most probably Inovallée, the main technology park of the Grenoble region, which was the target, on Wednesday, of a new sabotage action carried out on an electrical installation. A destructive action which, according to our information, is not in doubt, the public prosecutor of Grenoble having moreover, two hours after the facts, confirmed to the Dauphiné Libéré that the hypothesis of a “criminal act” was privileged. The fire broke out at about 3:30 pm in the enclosure of a high voltage source station of Enedis located at 19, chemin du Vieux-Chêne in Meylan. This installation is located between company buildings and the A41 motorway, in the heart of a technology park with around 380 companies working in the field of digital technologies.

“Some people heard the sound of an explosion,” said Philippe Cardin, the mayor of Meylan, about an hour after the fire started. It seems that the fire was brief and very limited, but it knocked out one of the site’s two generators, whose function is to transform high voltage into medium voltage (20,000 volts). The result was immediate: about 10,000 customers (individuals and businesses) were left without electricity in six municipalities: Meylan and Montbonnot mainly, as well as Saint-Martin-d’Hères, Gières, Saint-Ismier and Biviers. But according to Enedis, “this outage lasted only a few minutes, thanks to operations carried out remotely” and the power was quickly restored for all customers concerned.

The gendarmes of the Meylan company cordoned off the area and began investigations through the unit’s research brigade. But very quickly, it was their colleagues from the research section of Grenoble – who have been investigating since 2017 on all cases of sabotage in the gendarmerie zone attributed to the libertarian ultra-left – who were requested by the prosecutor.

On the purely operational level first, this new direct action is modeled on the previous fires in Froges (April 4) and the Brignoud bridge (April 5). In Froges as in Meylan, the saboteurs apparently easily made their way around the perimeter gates of the targeted substations (of RTE in Froges, of Enedis in Meylan), and targeted a precise place of the installation. But if the attack on the Froges substation was carried out in the middle of the night, at a point that was out of sight, once the enclosure was crossed, the perpetrators of the Meylan fire most certainly took significant risks. The site is located in the immediate vicinity of company buildings and it was in the middle of the afternoon. Moreover, after having climbed the fence, the authors were always easily visible from these buildings and their parking lots, the precise place of the sabotage being immediately behind the simple fence, so without a visual barrier.

From a strategic point of view, this action seems to be part of an obvious logic of successively reaching predetermined objectives: after STMicroelectronics (microelectronic components) and Soitec (semiconductors used in the composition of electronic chips), it is the leading companies developing information and communication technologies that are targeted.

In fact, since the mid-2000s and the construction of Minatec in Grenoble, high technologies have been a favorite target of ultra-left libertarian groups, who see them as unbearable tools for enslaving and “policing” the individual. It is not forbidden to think, moreover, that this succession of actions aiming at disorganizing the economic fabric, at the risk of penalizing tens of thousands of people in their daily life (the fire of the bridge of Brignoud is an example), was consciously organized at a key moment, i.e. in the middle of the election period.