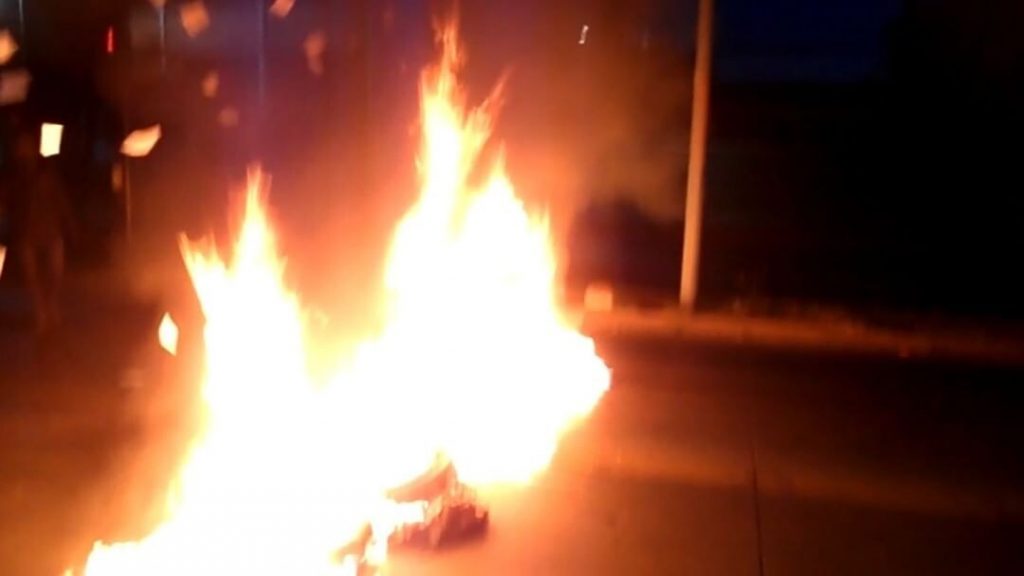 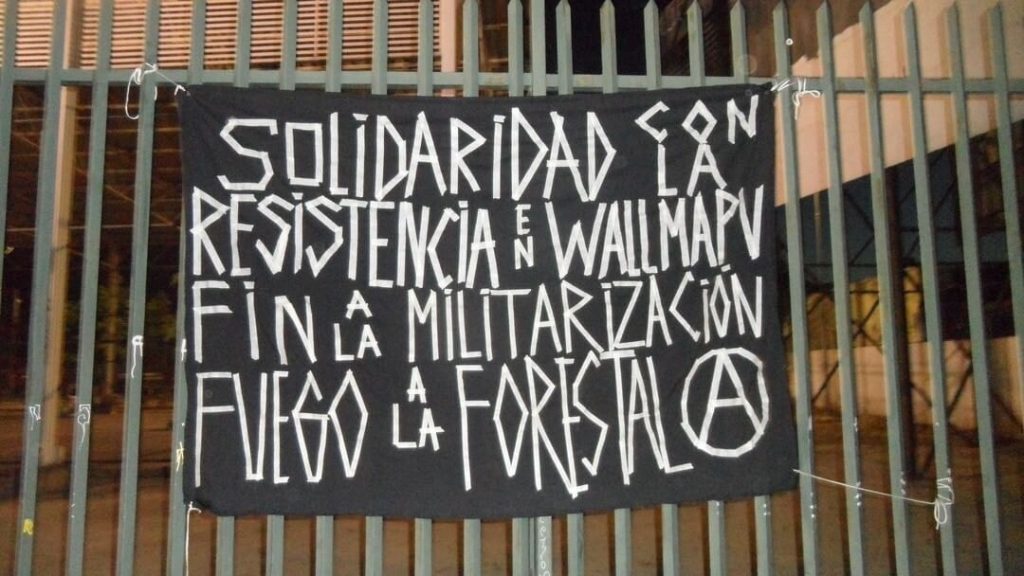 Resistance in Wallmapu has been underway for more than 500 years. Nowadays, the advance of the Chilean colonial State has been further accentuated by its military presence in the territory, with the mobilisation of all its repressive apparatus, after the announcement of the constitutional state of exception decreed on October 12 and extended until November 11.

The conflict, whose historical course has known different moments of calm, is intensifying and flaring up once again today, and is causing the battle flags to rise against the idea of the unceasing progress of extractivist capitalism, based on the usurpation of territory, which steals and devastates lands, forests, rivers, lakes, forest animals and bodies for its own profit, to the detriment of the immense multiplicity of life forms.

The different ways in which the patriarchal capitalist system has developed and taken root have led to different forms of confrontation, in Wallmapu and in other parts of this territory. From fire and confrontation, we remember our comrades, our peñi and lamngen, who fell in the struggle during this long night, such as Nicolasa Kintreman, Matias Catrileo, Macarena Valdés, Pablo Marchant, Emilia Bau and Camilo Catrillanca, whose murder by agents of the State will be commemorated this November 14th.

Our anarchist comrades Sebastián Oversluij, Mauricio Morales, Claudia Lopez, Johnny Cariqueo, Javier Recabarren, among many others, are with us, always present, in every action, on every barricade.

For an end to the militarisation of Wallmapu and for a war on predatory extractivism.

Freedom for the anarchist, subversive and Mapuche prisoners.

Translated from french by Act for freedom now!