via:athens.indymedia Translated by Act for freedom now! Text by Giannis Dimitrakis at the event during the week of restoration of the Alexander Grigoropoulos monument Good evening comrades, I am taking the opportunity to say a few words on the occasion of today’s event. It is a day to recall the past, to remember, as the … END_OF_DOCUMENT_TOKEN_TO_BE_REPLACED

Below is a letter from anarchist prisoner Giannis Dimitrakis, in both Greek and English. Back in May he was attacked at Domokos prison and hospitalized. There is currently a fundraiser for him through Firefund. ——– Hello comrades, I am very happy that my voice and my thoughts cross the Atlantic and reach you, through a … END_OF_DOCUMENT_TOKEN_TO_BE_REPLACED

Since 24/05, our friend and comrade, anarchist political prisoner Giannis Dimitrakis is being hospitalized at Lamia with heavy injuries from the murderous attack against him at Domokos prison. At the very moment, it appears that Giannis has overcomed the danger of the first hours. The injuries that he sustained however, have caused multiple hematomas in … END_OF_DOCUMENT_TOKEN_TO_BE_REPLACED 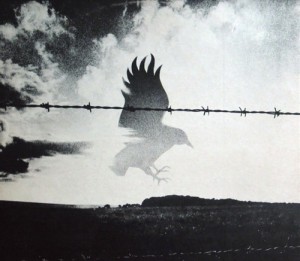 On 24 May 2021, anarchist fighter G. Dimitrakis was murderously attacked with multiple blows to the head by a group of prisoners in Domokos prisons where he is currently being held. Following the attack, Giannis was transferred to the hospital of Lamia in a critical condition. Eight days on, although our comrade has escaped the … END_OF_DOCUMENT_TOKEN_TO_BE_REPLACED

THE HIDDEN STRENGTH OF AN INSURRECTION IS THAT IT AROUSES THE IMAGINATION It was late evening of December 5th, 2008 and I was reading the comic book ‘V for Vendetta’, when a phrase shook me: “Noise is relative to the silence preceding it. The more absolute the hush, the more shocking the thunderclap.” The economic … END_OF_DOCUMENT_TOKEN_TO_BE_REPLACED

Terrorists and bandits are the States & capitalists On 12 June 2019, the anarchist comrades Kostas Sakkas, Giannis Dimitrakis and Dimitra Syrianou were arrested during an anti-terrorist operation in Thessaloniki. The comrades were abducted with summary procedures and taken to the GADTH (ΓΑΔΑ) where they were isolated for hours, hands tied behind their backs and … END_OF_DOCUMENT_TOKEN_TO_BE_REPLACED

via: contramadrizTranslated by Act for freedom now! June 23, 2021 “In seeking the impossible, man has always realized and recognized the possible. And those who have wisely limited themselves to what they thought possible have never taken a single step forward.” Mikhail Bakunin Intervention in the prelude to this June 11 in international solidarity with … END_OF_DOCUMENT_TOKEN_TO_BE_REPLACED

We take responsibility for the arson attacks on 2 stores owned by the General Secretariat for Civil Protection and Crisis Management, Nikos Hardalias, in vuronas area , as well as in the house of the Vice President of Hellenic Electricity Distribution Network Operator ΔΕΔΔΗΕ. CAPITALISTIC RESTRUCTURING AGAINST THE HEALTH CRISIS The government of N.D. , … END_OF_DOCUMENT_TOKEN_TO_BE_REPLACED

On Friday 25/6/21, at 9am in the courts of Loukareos Street on the 6th floor, the trial of anarchist comrade Marios Seisidis continues in the second instance for the case of the armed robbery of the National Bank on Solonos Street in 2006. During the escape of the perpetrators, the state dogs did not hesitate … END_OF_DOCUMENT_TOKEN_TO_BE_REPLACED

We send our solidarity and respect to all those around the world who fight in any way, inside and out of the walls, against this rotten system. Finally, we greet all comrades,and hope that soon we will be able to leave our computers and together with comrades old and new we will tear down the … END_OF_DOCUMENT_TOKEN_TO_BE_REPLACED