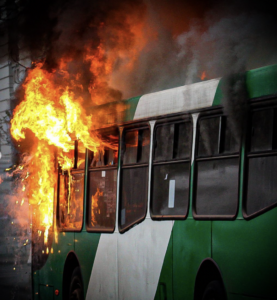 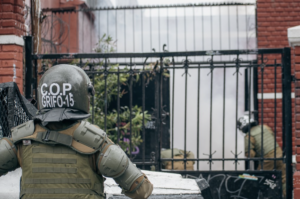 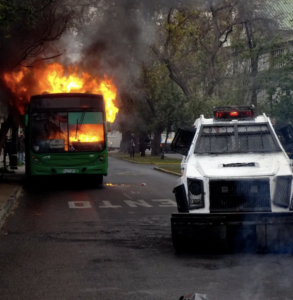 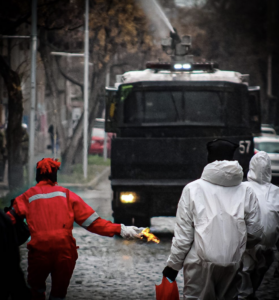 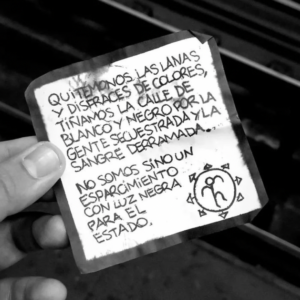 On Wednesday, September 7, incendiary actions were carried out in emblematic high schools of the capital, at the same time that a student mobilization was taking place in the streets and subways of Santiago (RM).

Instituto Nacional: pamphlets were thrown, barricades were set up and confrontations with Molotovs against the presence of Carabineros (COP). A student dressed in white overalls was arrested.

Liceo Manuel Barros Borgoño: in the midst of barricades and confrontations against the presence of Carabineros (COP), the place was contaminated with more than 20 tear gas canisters and repeated charges of gas launchers into the interior, which resulted in a raid on the front of the courtyard in search of evidence to prosecute the students.

Barros Arana boarding school: barricades were erected and confrontations were set up against the presence of Carabineros (COP), feeding a succession of almost consecutive events that have been going on for more than a week.

Liceo de Aplicación: barricades were set up, banners were hung and a bus of route J was burned, while the students repelled the advance of Carabineros by throwing Molotovs, events that led to various commentaries from the world of power.

In some precincts leaflets and a banner were left saying: “Nobody is forgotten” and “Let’s lift the wool from our eyes and take off the colorful disguises, let’s dye the streets black and white for the kidnapped people and the spilled blood. We are nothing but an amusement with black light for the State”.

On the CHV morning show, the Socialist Party senator Juan Luis Castro, proposed to form intelligence operations to infiltrate the high schools and make political and social profiles of all the students; to try to corroborate what they do, with which political tendency they identify themselves and with whom they get together, in order to disarticulate and demobilize the protests and actions of political violence, since, according to him, “what happens in the National Institute can be anarchically extended to other spaces”.

In the same media, the senator of the RN (Renovación Nacional) party, Manuel Ossandón, declared that: “here there are anarchists, anarchists among the youth who are not students and who are easily manipulated. I had to live it myself”, referring to the administration he had in some schools.

The mayor of Santiago, Irací Hassler, declares that: “There are isolated situations of groups that are limited, but tremendously violent, which are very harmful for our country, for democracy and for public education itself”.