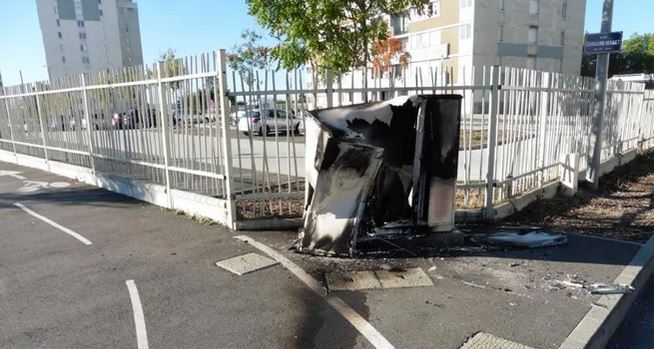 Limoges (Haute Vienne),Cutting the cameras of a whole neighbourhood.

Neighbours of La Bastide, in Limoges, noticed degradations on electrical installations, made in the night from friday 9 to saturday 10 september.

Around 1.15am, one or several individuals would have set fire to
underground cables, by lifting plates on the sidewalks, and to building electrical boxes, around Manet alley. Firepeople had to intervene to extinguish the fires.

Those criminal fires had for aftermath to perturbate the functionning of traffic lights, and moreover, making unusable videoprotection cameras of the area, which was probably the goal of the operation. A survey is in progress.