During the shortest night of the year, two military recruitment offices were burned at the same time

In Belgorod and Perm, on the night of June 24, 2022, military registration offices were attacked. 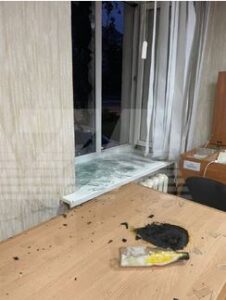 The good news is that in both cases the arsonists managed to escape. So far, the damage caused by arson attacks on Russian military recruitment and enlistment offices has not been very great, but despite the crackdown, they continue unabated and are spreading across the country.

[Translated from Russian by the anarchist website a2day, June 25, 2022]