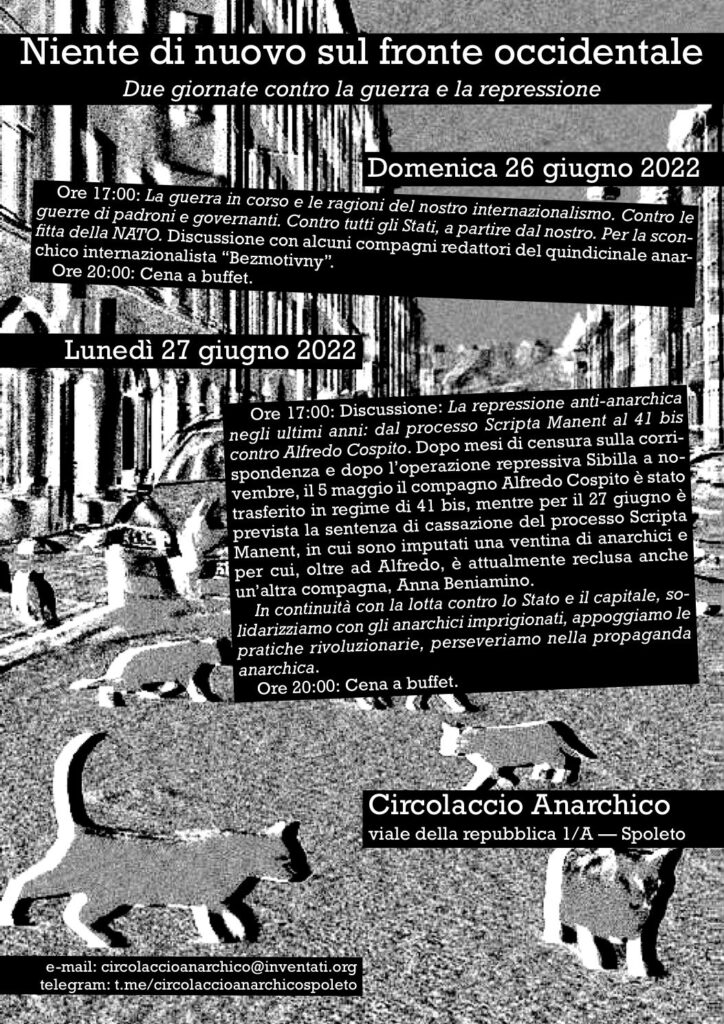 Nothing new on the western front. Two days against war and repression

5pm: The ongoing war and the reasons for our internationalism. Against the wars of bosses and rulers. Against all States, starting from ours. For the defeat of NATO. Discussion with comrades of the internationalist anarchist fortnightly “Bezmotivny”.

5pm: Discussion: Anti-anarchist repression in recent years: from the Scripta Manent trial to the 41bis regime against Alfredo Cospito. After months of censorship of his correspondence and after operation Sibilla in November, on 5th May comrade Alfredo Cospito was transferred to the 41bis regime, while on 27th June the sentence of the court of cassation is due for the Scripta Manent trial, where about twenty anarchists stand accused and following which, besides Alfredo, another comrade, Anna Beniamino, is imprisoned.

In continuity with the struggle against the State and capital, let’s express solidarity with the imprisoned anarchists, support revolutionary practices and persevere with anarchist propaganda.