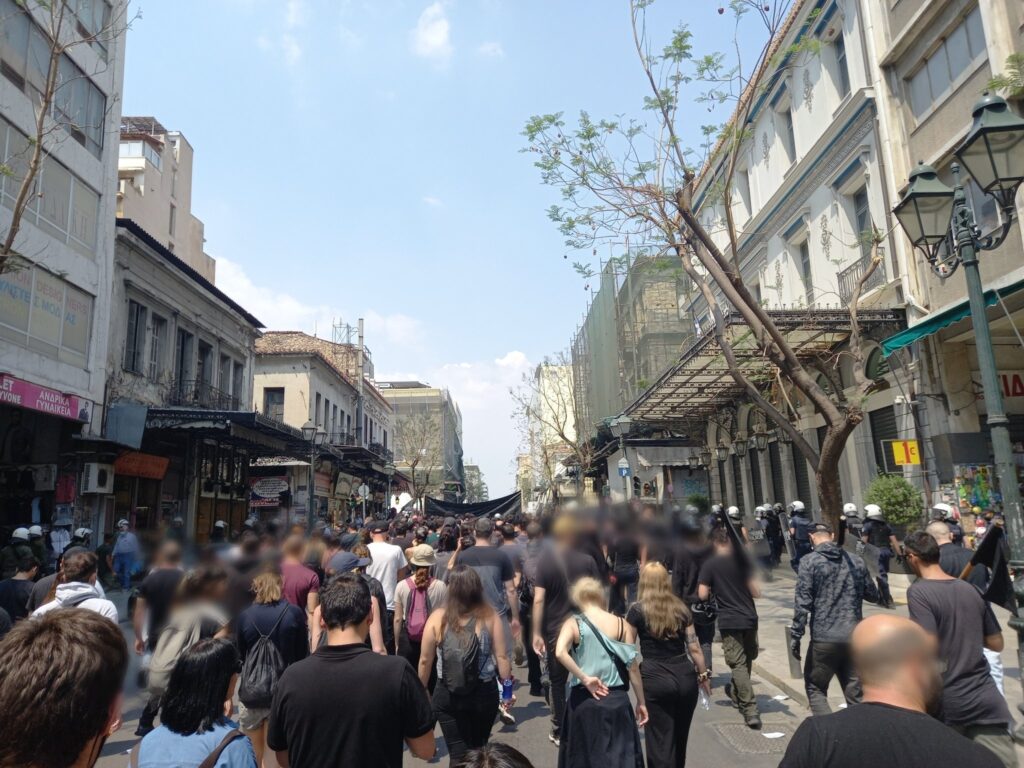 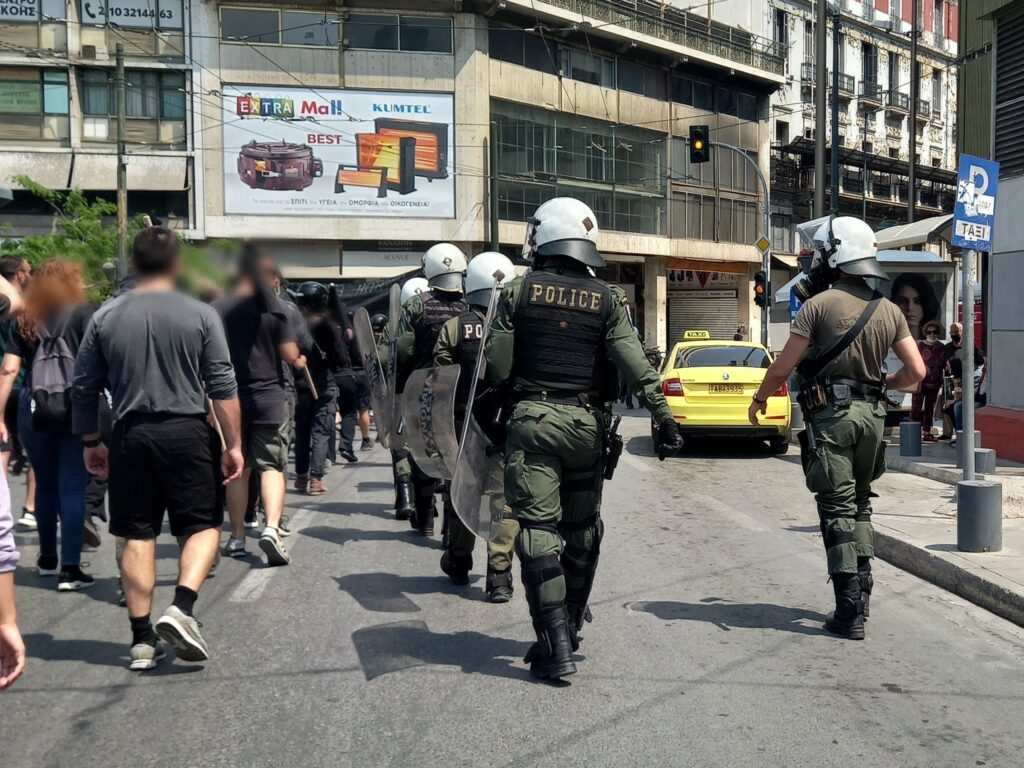 notes: The Court of the Appeal  trial on 18/05 /22 of the anarchist comrades Vanggelis Stathopoulos and Dimitris Hatzivassiliadis suspended for 25 May 2022

Updates from the Solidarity March to Vaggelis Stathopoulos and Dimitris Hatzivassiliadis on 14 May at Monastiraki area in Athens.

During the planned solidarity march on Saturday, at Stadiou Street near the junction with Benaki Street, repressive forces attacked the body of the march by throwing chemicals and injuring a number of people.

The people regrouped on Charilaou Trikoupis Street and continued with the march to Exarcheia Square.
There were several captures, 5 of which were subsequently turned into arrests. The 4 arrested are facing a number of misdemeanours (insubordination, breach of the peace, insult, attempted bodily harm to a police officer, etc.) and one of them is facing felony charges (possession of explosives).

Yesterday morning 15 May the comrades were taken before an investigator and a case was filed, with people outside standing by their side, with the cops always provoking and creating tension.

Gathering at the Evelpidon court on 15/05

We call on Tuesday ,again at the Evelpidon Courts at 10:30 for their support and today  at Syntagma Square – at the microphone for Stathopoulos – Chatzivassiliadis that will take place at 18:00, as well as on Wednesday 18 May at the Court of Appeal in Loukareos Street.

16/05 Syntagma Square:
17/05 Evelopedon Courts:
18/05 Gathering at the Court of Appeal for Stathopoulos – Chatztivassiliadis