Sabotage of a Police School

The door was blocked and paint was thrown at the Police Academy in the centre of Madrid.
Death to the police and long live anarchy!

*****
Attack on an agency of Iberdrola

Last week, the windows of an Iberdrola branch were destroyed. Against the devastation of the land and the rise of electricity bills. 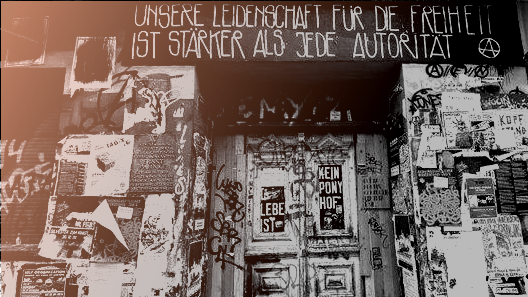 In a few days the cops will try to enforce an inspection of Rigaer Straße 94 in Friedrichshain by the so-called “owner” of the house and a fire safety expert. From the planned lockdown and siege of the neighbourhood it is obvious that the house project is seriously threatened again.

That’s why we sent solidarity and militant greetings on the night of Tuesday, 15.06, to all companions who keep their heads up and oppose the repression. Shards in front of the “Qintus Ingenieurhaus” in Max-Brauer-Allee 62-64 testify to the hatred that unites us against all those who profit from the city of the rich. Greetings to Rigaer94 were also left on site.

END_OF_DOCUMENT_TOKEN_TO_BE_REPLACED 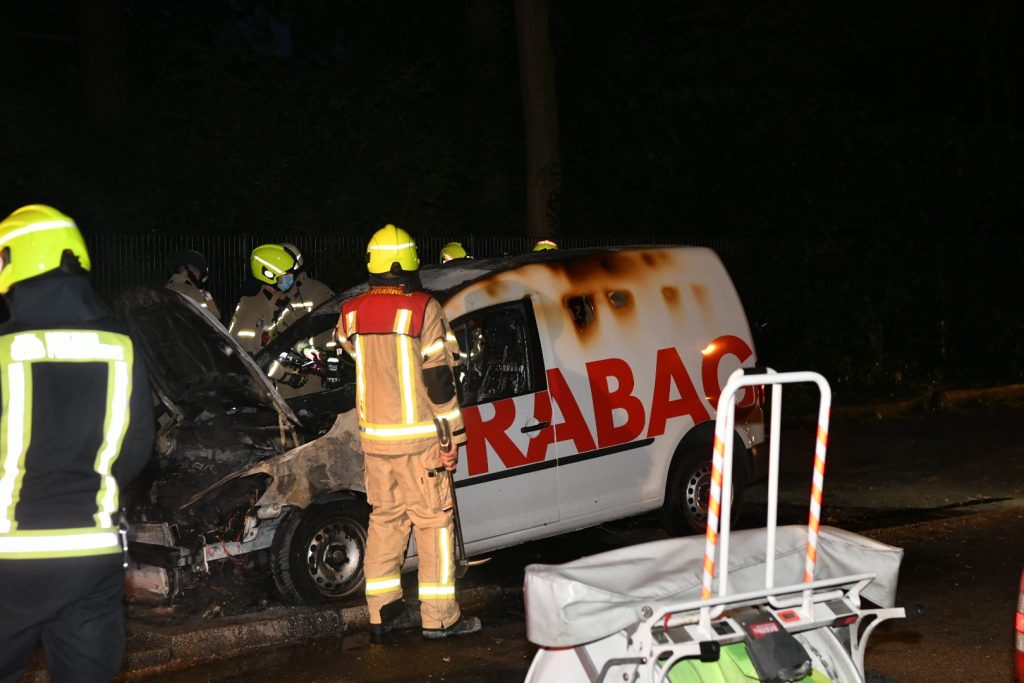 On June 5th there will be a nationwide anti-motorway-actionday. this starting shot against the car-capitalist madness was the reason for us to set fire to a vehicle of strabag on Monday night.

No people were endangered, no other cars were damaged and above all the attack was not directed against the driver of the company car.

END_OF_DOCUMENT_TOKEN_TO_BE_REPLACED

As a group of people who have a political perception and hate the cops, we decided on our own initiative to attack the Matzides (riot cops) of Xenia Square, using fireworks, stones, etc. as solidarity with the occupation of Rigaer94 and as a response to the deliberate patriarchal cop control of Xenia Square.

COPS OUT OF OUR LIVES 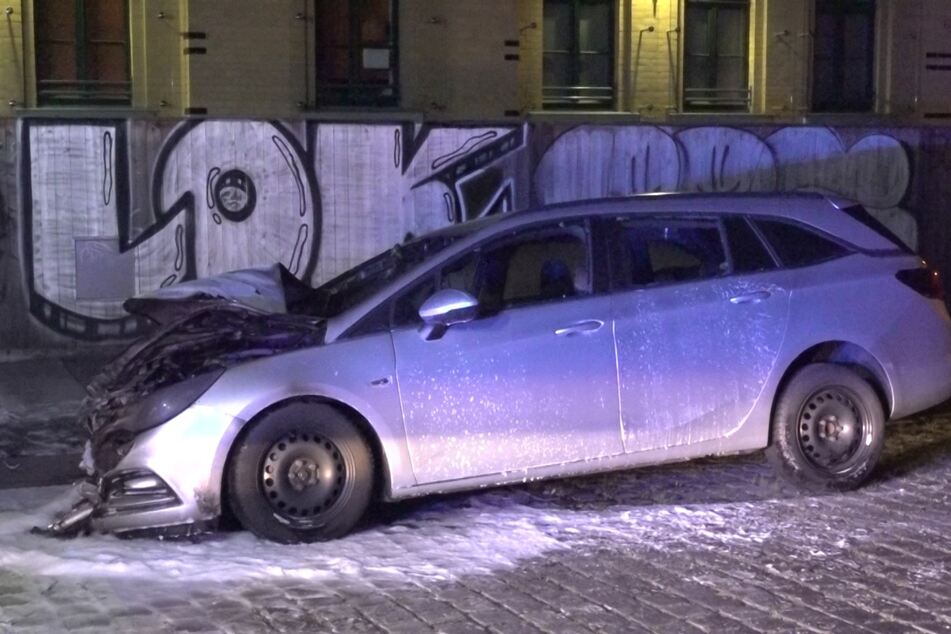 We destroyed a Still company van with fire during the eviction of Tiefe Straße 3 in East Leipzig. This was our attempt to support #leipzigbesetzen and to answer the attack of the pigs on their creation of collective housing. The van is definitely a complete loss, even if the otherwise sensationalist press has reported little about it.

Still is the supplier of many forest clearcuts, which is why it made sense as a target. Solidarity with Moni, Danni and all other environmental campaigners.

END_OF_DOCUMENT_TOKEN_TO_BE_REPLACED 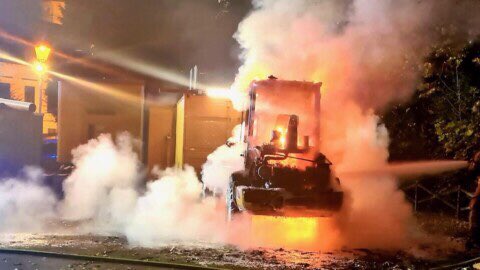 In the night from 08.06. to 09.06., we set fire to a wheel loader and a power distribution box on the construction site in Braunschweiger Straße 21. The driver’s cab of the wheel loader burned out completely, the power distribution box was damaged so significantly that it is no longer functional. After the Edeka was demolished, the vacant site there was occupied by a neighborhood initiative in 2019 and transformed into a beautiful place to gather and network.

But after only two months, the newly created neighborhood garden was destroyed by construction workers and security guards, the area was cleared and thus another uncommercial and social meeting place was razed to the ground. Instead, the construction of a fortress of unaffordable micro-apartments/luxury apartments is now planned there, which will significantly advance gentrification in the neighborhood.

END_OF_DOCUMENT_TOKEN_TO_BE_REPLACED 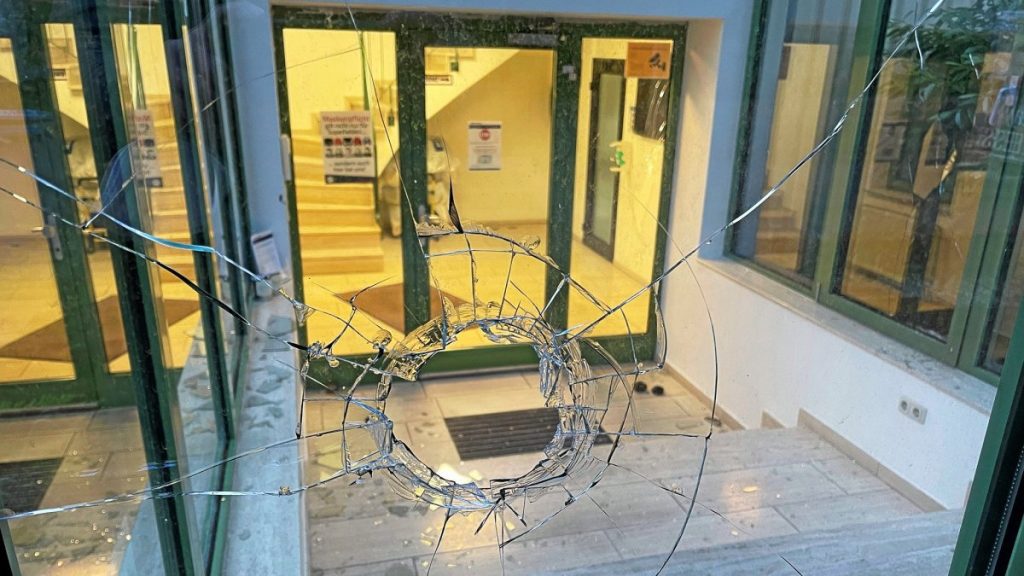 While during these days people from Rigaer 94 in Berlin are fighting for their self-determined spaces and comrades defend themselves against Red Zones, we are focusing on the surveillance apparatus as a mark of our solidarity.

In the early morning hours of June 21, we attacked the company Eurocommand in Hamburg Halstenbek with stones.

Eurocommand develops surveillance software, among other things. One of their programs was already used in 2017 at the G20 to coordinate the cops’ operations.

Against authority and oppression!

via:  Attaque translated by Act for freedom now!

I’m not lying in saying that almost every day for a quarter of a century now I remember you as if it were yesterday. Someone might doubt this statement, but I don’t care because, surely, that person did not know this comrade; and even less do they know me (or my innermost feelings). I hate “ephemeris”, but (on this occasion …) it is impossible for me to avoid writing these words. Your gun jammed and they shot you in the chest. They shot you again, in the back. You, precisely, who wrote in your poems that you were not going to attack them from behind. We, anarchists, are like that: we face them knowing that we have everything to lose, but we throw ourselves into the unequal battle anyway, like David against Goliath. Your memory and your courage, comrade, continue to illuminate our struggle…

I was a little younger than you in the mid-90s … A bunch of teenage punks were circling around you when we met at anarchist initiatives.

This is what I want to talk about: life stories that, to this day, I have never shared with anyone. These were things that only sprung up between us, Sergio. Forgive me if I open my sorrowful soul and share them: if I don’t do it now, maybe I never will. And never is too much. There is no doubt about your intuitive insurrectionism. You didn’t have to read “Alfredo”, because informality flowed through your veins, contagiously. And many of us got involved – with no return – in permanent revolt, which (in the 21st century) is far from over. On the contrary, it grows and bears fruit in every insurrectional action!

END_OF_DOCUMENT_TOKEN_TO_BE_REPLACED

In our thoughts we were with the brave fighters of the autonomous zone Rigaer Straße when we set a fire at the Haus des Jugendrechts (House of Juvenile Justice, an institution where representatives of the Public Prosecutor’s Office, the police, the judicial assistance to youth and the City work together to repress and prevent “juvenile delinquency”) last night.

Our solidarity will always be with the people who do not give up without a fight. Red Zones take whole neighborhoods under captivity and are one of the most effective means of counterinsurgency. The House of Juvenile Justice in Reudnitz, Leipzig is also an actor for the pacification of rebellious individuals, especially “juvenile intensive offenders” like us. In here, cops and prosecutors work hand in hand. That’s why we thought it was a good sign of solidarity to set fire to several tires and the door in front of the House of Juvenile Justice.

END_OF_DOCUMENT_TOKEN_TO_BE_REPLACED

In the early hours of 16th of june we burned a car from the german company Würth in Zografou, Kolokotroni str. This attack is dedicated to the fighting squat Rigaer94 in Berlin and to the social revolution in North Syria (west Kurdistan).

Rigaer94 is expecting an attack of police and municipality, who will help the so called „owner“ to destroy the community in order to clear the city from an anarchist space.

Rojava, the big experiment for a stateless peaceful feminist society is getting attacked in the mountains of south kurdistan (iraq) by the Turkish army.