This is the story of an eiffage van. A brand new van. Because it has obviously replaced the one that, as we read, was burned earlier this year in the same area. A brand new van, therefore, which ends up burning.

An Eiffage van is most often used to build cages.

Sad cages with colors that sound false. Cages to get us used to conformity, to prepare us for work and to play the social role we have been assigned.

Cages that are depressing or full of noise and lights that make our heads spin, supposed to motivate us to waste our time and energy in occupations that are too often useless or harmful.

END_OF_DOCUMENT_TOKEN_TO_BE_REPLACED

“It is companies like Spie, WISAG, Massak, Sodexo […] that keep state rule alive through their pandering.”

Inspired by the compas who already relieved Dussmann Service GmbH of three vehicles at the beginning of the year, we attacked SPIE in the night from Monday to Tuesday and burned out a van in front of their branch at Sielhof.

Both as part of the French nuclear industry and through its cooperation with RWE in the lignite mining in the Hambach Forest, SPIE has already made itself a legitimate target.
But for us, SPIE is one thing above all: a prison profiteer.

END_OF_DOCUMENT_TOKEN_TO_BE_REPLACED

In the night of 14 September, job centres in the districts of Altona and Rahlstedt were attacked with hammers, stones and paint.

“The top 10 per cent of the population own about two-thirds of Germany’s total wealth” (quote: werhatdergibt.org).

The gap between rich and poor is constantly growing. Even during the Corona crisis, the wealth of the rich few multiplied. In contrast, workers, especially in the precarious sector, have lost their jobs. Many struggle with existential fears and depend on support from the state. They are exposed to the arbitrariness of the Job Centre system, which will continue its repressive measures after the end of the lockdown.

END_OF_DOCUMENT_TOKEN_TO_BE_REPLACED 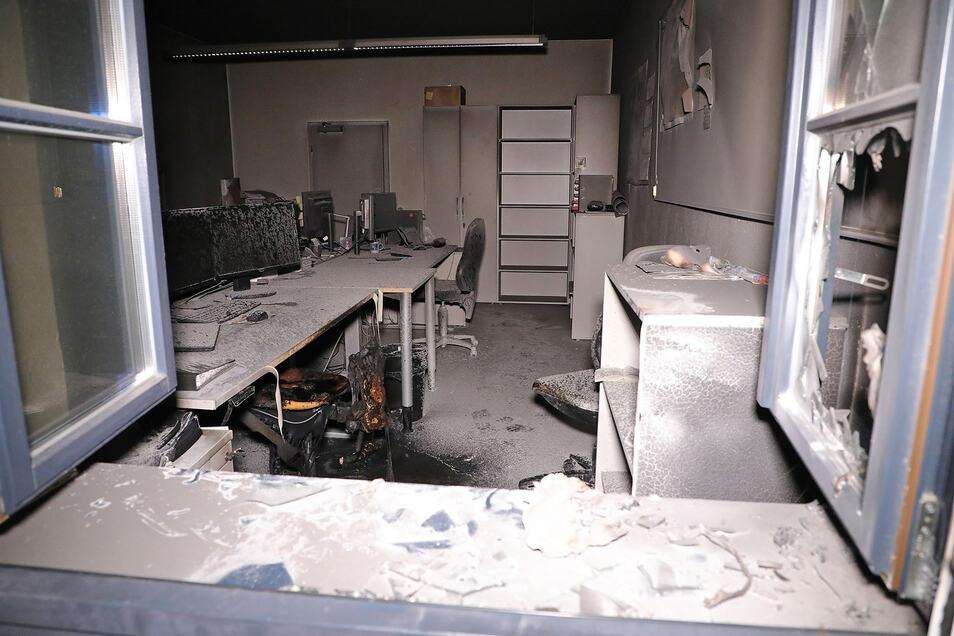 For some time now, militant resistance has been stirring against the ongoing construction of prisons in Zwickau. In the meantime, many companies involved in construction, planning or logistics have been affected. Particular attention was paid to the construction company Hentschke Bau, whose boss had also attracted negative attention through donations to the AfD. However, such a large project involves many participants and we do not want to be accused of forgetting anyone.

So in the night from September 16 to 17, we dedicated ourselves with a few liters of gasoline to the engineering office Rathenow in the Albertstadt. We broke two windows and placed incendiary devices in the rooms. We hope that the fire disturbed the smooth running of further prison planning and that the company understands: Whoever earns money from the construction of prisons will have to bear the consequences! On the area we found additionally still another Bonzenschlitten, we set it without further ado on fire.

END_OF_DOCUMENT_TOKEN_TO_BE_REPLACED 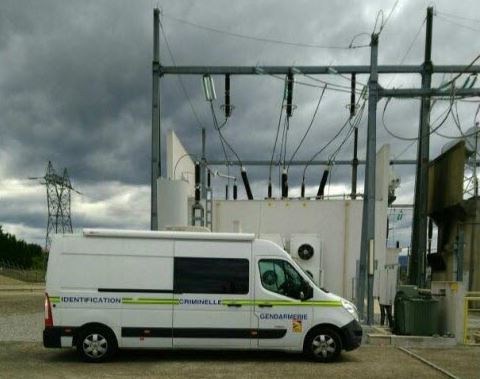 The modern world has held us hostage non stop, ever since childhood, venting the merits of security and making us forget the copious dose of servitude we must accept in return for progress through a series of increasingly poorly kept promises.

As the horizons that present themselves at the forefront of civilisation’s advances continue to darken – the ravaging of wilderness, the increasing domestication of the living, the artificialisation of beings – the present world continues its frantic race, making it ever more dependent on energy infrastructures and the products they consume and produce: oil, uranium, electricity.

In the space of less than two centuries, the production of electricity and the increasing electrification of spaces has continued to expand and colonise every part of our lives.

END_OF_DOCUMENT_TOKEN_TO_BE_REPLACED

via: attaque Translated by Act for freedom now!

Paris: Arson of an Enedis vehicle

A former dictator once said that communism is the soviets plus electricity. This image shows how compatible his worldview was with today’s society. The passage of time has shown us how false the promises of technical progress were. But the “empowerment” of workers, who no longer need foremen because they have them in their heads, or citizen involvement in the management of the “common good” are increasingly used as instruments of social pacification.

Instead, we prefer the equation “anarchy is fire plus freely and temporarily associated individuals”.

END_OF_DOCUMENT_TOKEN_TO_BE_REPLACED

Besançon (Doubs) : It’s not just their techno-surveillance tools in our lives, it’s the lice too

As 5G is deployed, the fight against this controlling society continues apace. Attacks against telecommunication antennas or companies involved in them also continue: in France, more than a hundred sabotage actions have been carried out since March 2020. Enough to piss off this capitalist society and the state that protects it. The repressive wave knows no truce, and the cops use all the technological surveillance tools at their disposal to try to repress and stifle any hint of revolt.

Since last year, about thirty people have been raided, indicted or imprisoned for sabotaging cell towers. This is the case of Boris, a fellow anarchist who was sent to prison in Nancy in September 2020 for burning two of them in Jura, and is now in the hospital following a fire in his cell. In a letter written from prison, he mentions the devices used by the cops and gendarmes to spy on his daily life during the investigation: imsi catcher suitcases, cameras in front of a home, GPS under the cars of people close to him, live listening and geolocation, GIGN undercovers (from Versailles) following him around and staged in hideouts, requests for placing microphones in a home and in the wall of a park where he regularly met friends, discreet seizures of beer bottles left in public spaces,…

END_OF_DOCUMENT_TOKEN_TO_BE_REPLACED

via: attaque Translated by Act for freedom now!

In solidarity with Boris, who has been in a coma for a month now following a fire in his cell, an Orange vehicle was set on fire in front of the Orange offices in the centre of Grenoble on Sunday night.

Why Orange? Simply because we have read the summary of Boris’ trial, and we have seen that Orange, through its lawyer, has tried to hammer our comrade as much as possible. Of course the judges, prosecutors and wardens are just as responsible for his situation, but we wanted to start a campaign against Orange, because it is easily accessible everywhere: slashed tyres, broken shop windows, tags, burned cars, burned antennas, etc., there is something for everyone who wants to take part in this little campaign, to show that we don’t forget Boris and that we think of him, with our heads held high and our hearts burning!

END_OF_DOCUMENT_TOKEN_TO_BE_REPLACED

via: attaque.Translated by Act for freedom now!

It’s hard to find a sordid area in which Vinci is not involved. From Qatar to Chile, from France to Russia, the flagship of industry exports its infrastructures of control around the world. The destruction of life, the exploitation and confinement of human beings are of course on the menu. So the Vinci van that was burnt down a few days ago in Ivry will not prevent Vinci from continuing to build rubble.

END_OF_DOCUMENT_TOKEN_TO_BE_REPLACED

The capitalist economy needs to sell security to society, a miserable, sleeping society. The capitalist machine, its cops in uniform and the shit that surrounds them are there to make people obey orders then consume shit and buy plastic trinkets like mobile phones.Of course an economic crisis does not bring the repression, but the migrants, the virus, the fires and the opponents. Governments will use anything to increase surveillance of the masses, to sow fear, boredom through screens, just follow the apps and you are safe.

Some, of course, do not follow orders but are consciously on the other side, resisting against empty capitalist reality. Some continue the struggle in the cells of tyranny. For them and for us. Let’s bring the fires from the forests to the city. Let the aristocrats, the security forces and their masters pay every price for the disasters. Monday, August 30, we burned a vehicle of the ELTA (Greek Post Office) Courier in Vyronas area, in Ymittou avenue.

A SMALL MESSAGE OF SOLIDARITY AND SUPPORT FOR DIMITRIS HATZIVASSILIADIS

via: athensindymedia translated by Act for freedom now!