Last week, the windows of an Iberdrola agency [Spanish company that produces and supplies electricity and gas. NdAtt.] were shattered with stones, in Madrid, because of the economic interests of this company in Chile and its relations with the Chilean State.

In solidarity with the prisoners in struggle in the Chilean State.  For the abrogation of article 9 and the reinstatement of Article 1 of the Legislative Decree 321.

Death to all States!

Received  by  anonymous email: [With a few minor corrections in the introduction by act for freedom now]

Face to face with the enemy

Domination has acquired a dazzling rhythm of mutation. The veil of technological advance is covering the world as we knew it in shrouds. Ecological disaster is not “coming”, is already there. While industrial progress advances triumphantly, instability on all levels (social, political, economical, ecological) is increasing. A difficult challenge for those who will continue to fight for freedom as a totality, and not as a negotiation on the lengths of our chains. Old models of revolutionary intervention are fading away as the urge for new perspectives presses.

A century ago, anarchists on the banks of the Rio de la Platain South-America declared war on power and came “Face to face with the enemy”. They went to seek out the enemy in their lairs with offensive moves. They bombed banks, police stations, institutions, getting ever more closer to the enemy. With anarchy in their hearts, and a gun in their hands, they went forward, not waiting for the masses or the building of a broad movement. And every bomb they put echoed with the numerous publications they spread. Action and idea went together, hand in hand. Today, how do we come “face to face with the enemy”? Where does he hide, where can we hit him? As domination shifts to new models, anarchists and rebels also broaden their views.

END_OF_DOCUMENT_TOKEN_TO_BE_REPLACED

One early morning in the month of March we decided to sabotage domination and technological progress by setting fire to four 5G relay antenna electrical cabinets in Barcelona; this action is a sign of solidarity with all the anarchist and subversive prisoners on hunger strike in the territories dominated by the Chilean and Greek states.

It is also a small contribution to all the revolts that have been taking place recently.

Death to the State and its domination 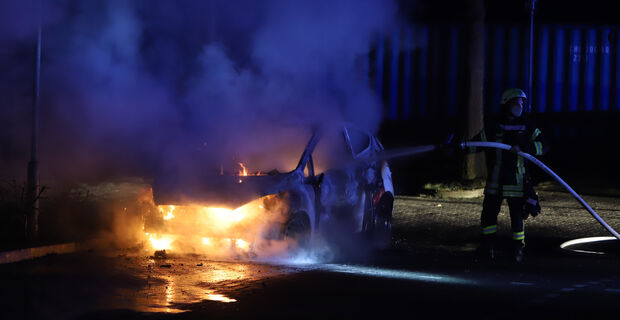 END_OF_DOCUMENT_TOKEN_TO_BE_REPLACED

This repressive attack should be seen as an attack upon all
counter-information, on anarchist circles internationally. Under the present ongoing environment of Covid-19 and the repressive actions of states around the world, it is no surprise to us that they work together on an international level, the recent repression against anarchist comrade Gabriel Pomba da Silva, with co-operation between Spanish, Italian and Portuguese states, is a more than obvious recent example. END_OF_DOCUMENT_TOKEN_TO_BE_REPLACED 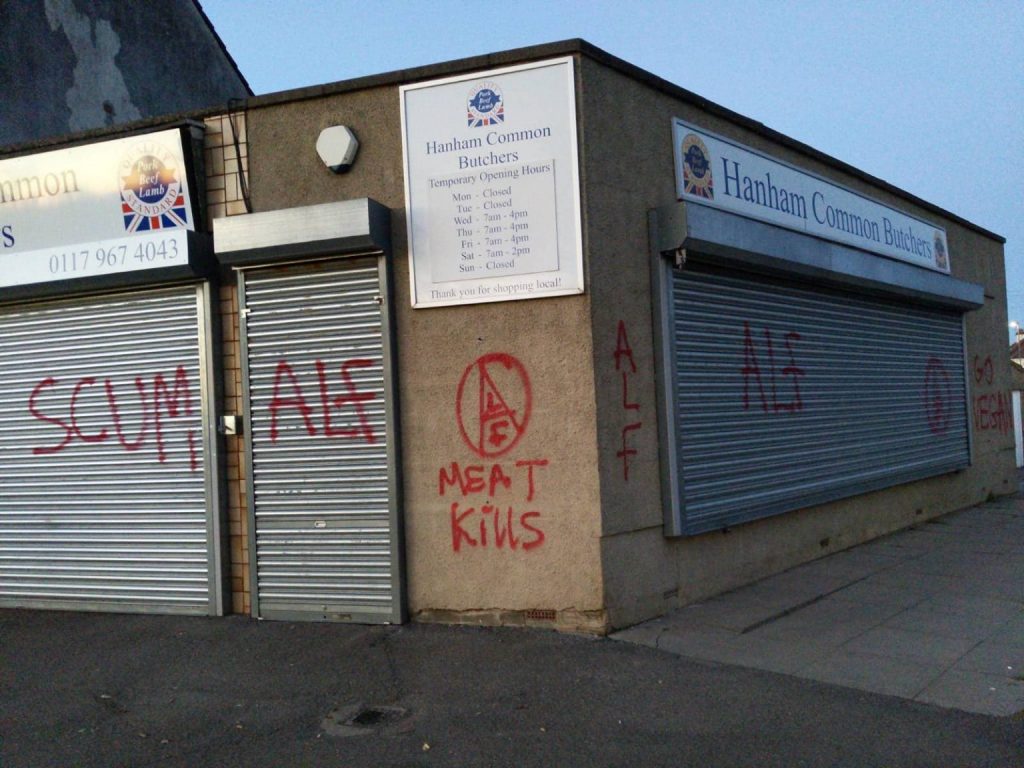 “In the early hours of the 4th of April we paid a visit to the butchers shop in Hanham, Bristol. Every available shutter,door and wall was painted with slogans such as “scum” “ALF” “go vegan” and “meat kills”.

A small side window was also gleefully smashed! We can’t fully comprehend the pain and suffering animals go through on farms and in slaughterhouses so instead we take action for them. Together we can bankrupt animal abusers and create a better world.

Action dedicated to the Bristol rioters – hurt cops not animals!