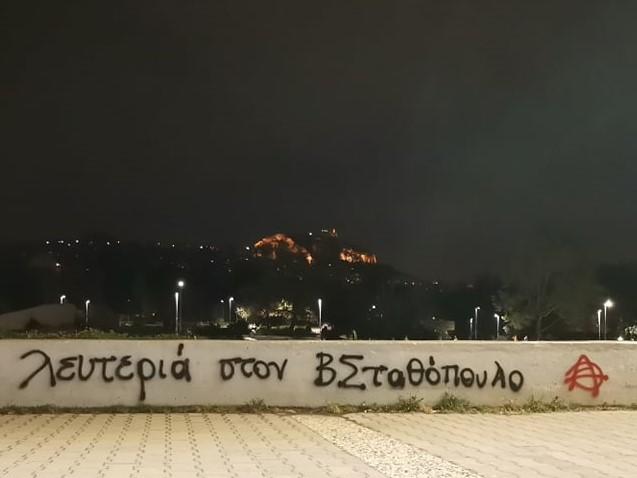 END_OF_DOCUMENT_TOKEN_TO_BE_REPLACED

Dimitra Valavani. Trial for the violent taking of my DNA sample by cops.

Over the last year, more and more stories have reached the public about isolated moments of a continuous phenomenon which is as old as the existence of the state and authority. The phenomenon of police brutality.

From the murders of Afro-Americans in the USA, the murders in Myanmar after the coup, the riots in Paris after the voting of new laws in favour of cops, the murder of a ‘suspect’ in Albania, the fascist practices in Turkey, to Greece with the countless beatings of demonstrators and citizens, the vengeful transfers of prisoners, the continuous tortures in the Police Headquarters of Athens (Gada) and in the Police stations, the rapes and not only of refugees in the Deportation and Transfer Centre of Petrou Ralli, and many more incidents among which I can’t forget the torture of my comrades in Police stations, their beatings in demonstrations, and of course the violent treatment I faced from the cops of the Counter-Terrorism Unit when they attempted to take a DNA sample from me. After our arrests on Jan. 29 2020, while we were detained on the 12th floor of GADA, they asked me to give a DNA sample, which I refused, as I refused any type of cooperation. Since 2015, after the big hunger strike of prisoners, the prosecutor’s order that forced the taking of DNA, changed to ‘mandatory taking of DNA with respect to human dignity’. END_OF_DOCUMENT_TOKEN_TO_BE_REPLACED

————————
As part of the riots that broke out in Barcelona during the last two weeks, 8 anarchist comrades were arrested on the night of February 27th during a cop charge.

After a statement on Tuesday at 5 p.m., the judge validated the arrests without bail and sent them all to preventive prison.
The charges against the 8 anarchists are: attempted murder, organized criminal asociation, conspiracy, unauthorised demonstration, aggression, public disorder, assault and violence against public officials and damages.

The comrades decided not to answer the prosecutor’s questions, but to answer only to their lawyer.

The next day, they all received a PCR test and, according to the new anti-covid rules, they were forced to get vaccinated. (?!!)
They are now in solitary confinement in Brians 1 prison and for the moment they are not allowed to receive any clothes or money.
A team of three lawyers is taking care of their defence.
More updates coming soon. 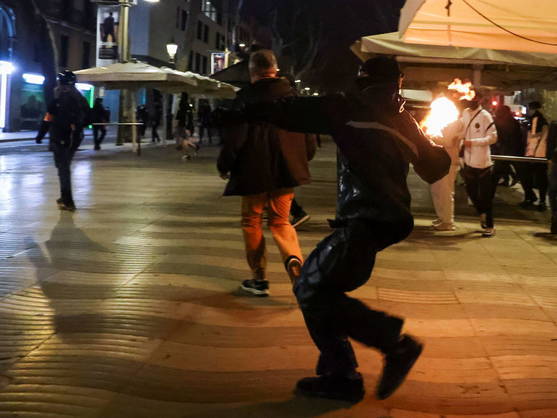