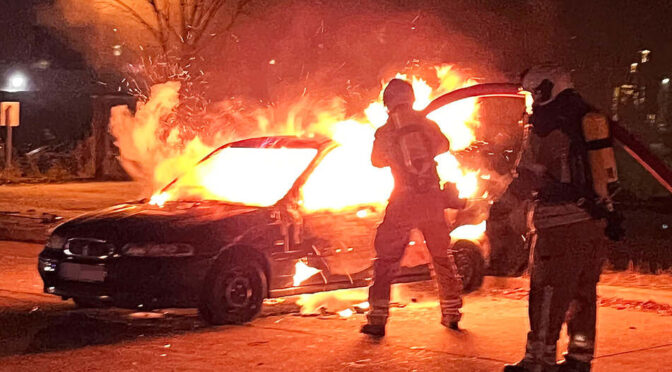 The Strabag construction group runs a dirty business: highway and jail construction. In addition, the company cooperates intensively with the energy company RWE on the opencast mines in the Rhenish lignite mining area, also directly near Lützerath. Now we have joined the action campaign against Strabag and continue the fight against the mining of the extremely climate-damaging lignite in a decentralized way! Lützerath is everywhere and wherever we are, our resistance can unfold in many ways!

The small hamlet of Lützerath has made it to worldwide fame after its occupation, although this place had been doomed for a long time. The fight against the eviction and the brutally enforced capital interests of RWE, Strabag and Co. was magnificent, although the destruction of the place could not be prevented. Lützerath is currently the symbol of resistance against the deadly energy policy of the government at the federal level and in NRW (North Rhine-Westphalia). Thousands, perhaps tens of thousands, have made it clear that something has to change fundamentally and that the state and its police do not bring justice, but rather help capital achieve its objectives in the most brutal way.

END_OF_DOCUMENT_TOKEN_TO_BE_REPLACED 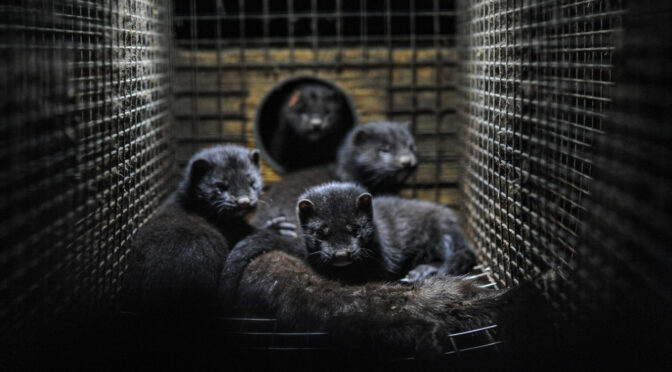 “While life in the metropolis becomes more and more difficult for human and non-human animals who try to survive in it, the mayor of athens decided to remind us this year how easily τhe states domination can destroy nature, by placing a 21 meters tree from karpenisi, in syntagma square. Under the tree and the 40,000 lights that illuminated it, uniformed bastards were placed in order to preserve the “festive atmosphere”. After all, they had every reason to be afraid, since on December 5, a cop literally performed his duty by shooting the 16-year-old Roma Kostas Frangoulis, a day before the anniversary of the murder of the 16-year-old anarchist Alexis Grigoropoulos.

The festive atmosphere continued in the municipality of Volos, since real non-human animals were used as accessories to decorate two nativities in the area. Non-human animals have once again been exploited in the name of customs and tradition.

END_OF_DOCUMENT_TOKEN_TO_BE_REPLACED 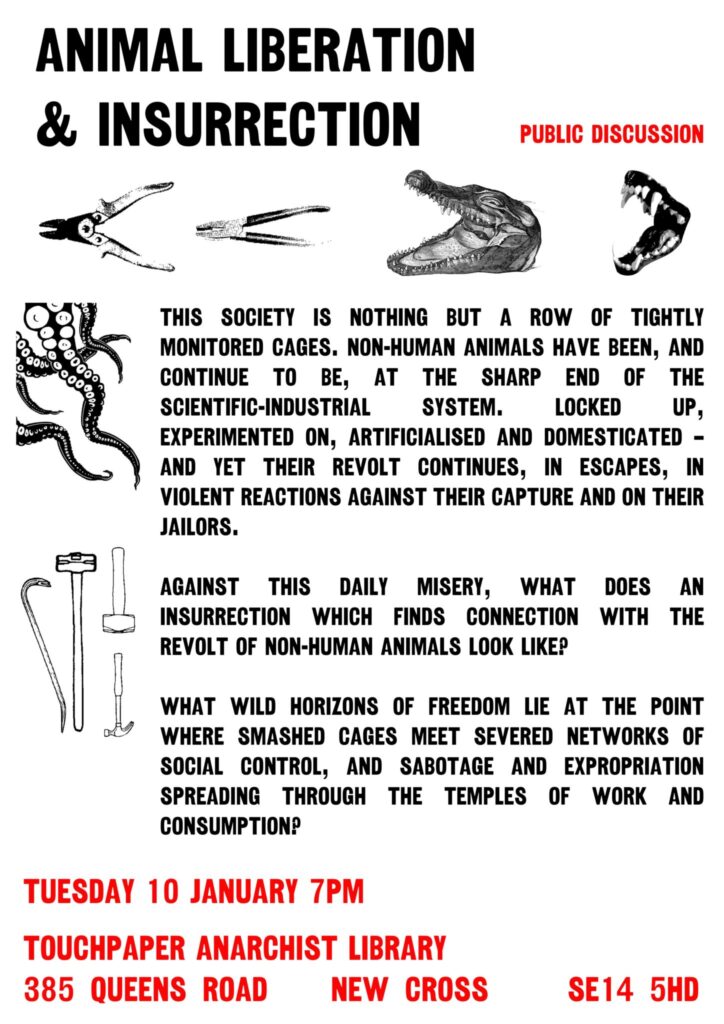 This society is nothing but a row of tightly monitored cages. Non-human animals have been, and continue to be, at the sharp-end of the scientific-industrial system. Locked up, experimented on, artificialised and domesticated – and yet their revolt continues, in escapes, in violent reactions against their capture and on their jailors.

Against this daily misery, what does an insurrection which finds connection with the revolt of non-human animals look like?

What wild horizons of freedom lie at the point where smashed cages meet severed networks of social control, and sabotage and expropriation spreading through the temples of work and consumption? 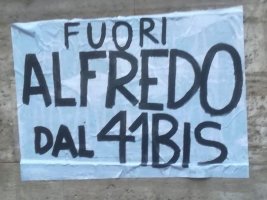 Croix Daurade, charging station on fire, if we don’t burn them, we’ll have the LEZ (Low Emission Zone)!

At the end of December 2022, while some are driving Teslas and are warm at home, we don’t have the money to pay our bills. To keep warm we made a good fire with a charging station for electric cars in Croix-Daurade.

The LEZ will prevent the poorest from accessing Toulouse under an ecological pretext. Driving an electric car will only stop pollution in your dreams. The LEZ excludes the poor, the poor want to exclude the LEZ.

Statist ecology goes goes in the direction of electricity for everything, in particular with nuclear power, which is an industry of death. The death of the proles colonized in the uranium mines, the death of the production and management of waste, in short the death of the living which would be only a collateral damage.
END_OF_DOCUMENT_TOKEN_TO_BE_REPLACED

Event with vegan Kitchen and distro of financial support for the four imprisoned Chilean comrades. 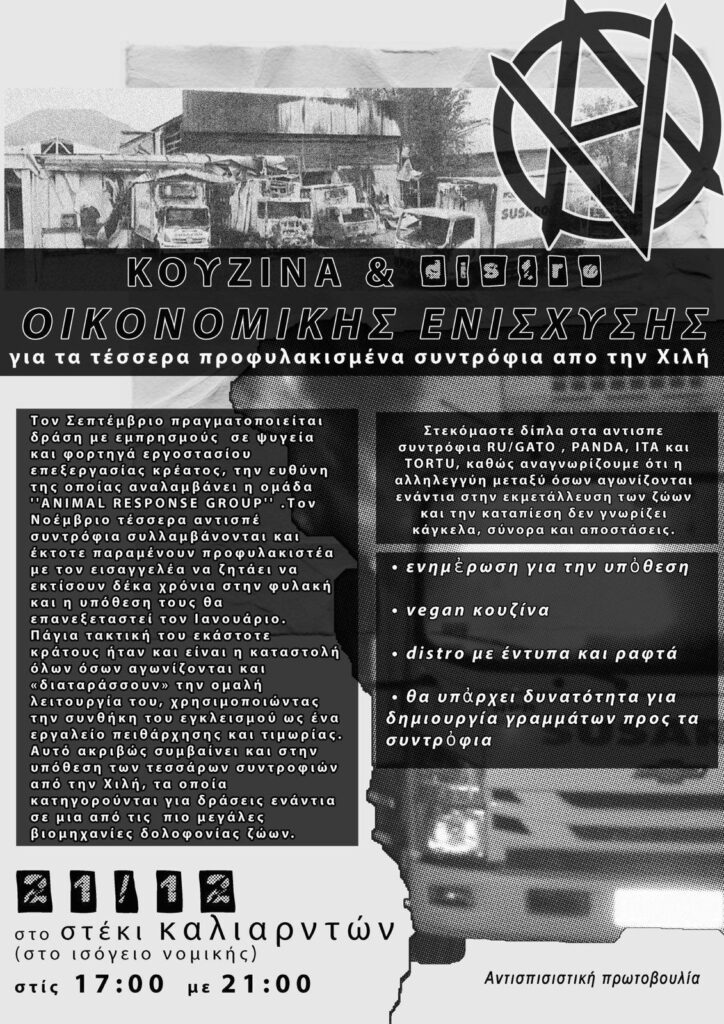 In September, an action is carried out with arson attacks on refrigerators and trucks of a meat processing plant, the responsibility of which is taken over by the “ANIMAL RESPONSE GROUP”.

In November four Anti-Speciesists comrades are arrested and since then they remain in custody with the prosecutor asking to serve ten years in prison and their case will be reviewed in January.

END_OF_DOCUMENT_TOKEN_TO_BE_REPLACED

Frankfurt: Fire on the A66/A661 construction site. Fecher resists!
de.indymedia.org / Tuesday 15 November 2022
On Sunday night we carried out a big attack on several excavators working on the construction of the tunnel under the Riederwald*.
We did this in solidarity with the occupation of the Fechenheim forest, which has been going on since autumn 2021, and with all other comrades.

END_OF_DOCUMENT_TOKEN_TO_BE_REPLACED

In the spring of 2022, three months before the results of the declaration of public interest (DUP), the National Agency for the Management of Radioactive Waste unveiled an “excellent” atmospheric station in Houdelaincourt, near Bure (Meuse). The most modern in France.

In its constant search for ideas to gain acceptance for its radioactive waste project, Cigéo, and always in its drive to buy acceptance, to give itself a good image and support on the territory, Andra has offered the national and European scientific community an atmospheric station at the cutting edge of the latest technologies.

END_OF_DOCUMENT_TOKEN_TO_BE_REPLACED

Atlanta: burning the movie studio to defend the forest 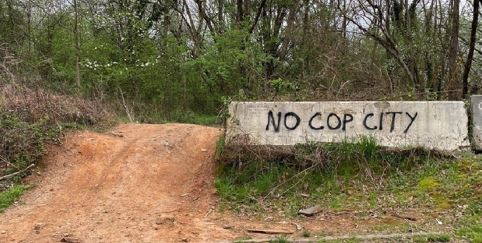 In Atlanta, Georgia, the city council voted on September 8, 2021 to allocate 34 acres of the South River Forest to a $90 million police militarization training center project, known to locals as “Cop City.” The facility includes a reconstructed city for cops to train in, as well as a helicopter landing pad, new firing ranges and more. Its development is led by the Atlanta Police Foundation and two-thirds of the funding comes from “philanthropic” and corporate donors, sending the rest of the bill back to the public. 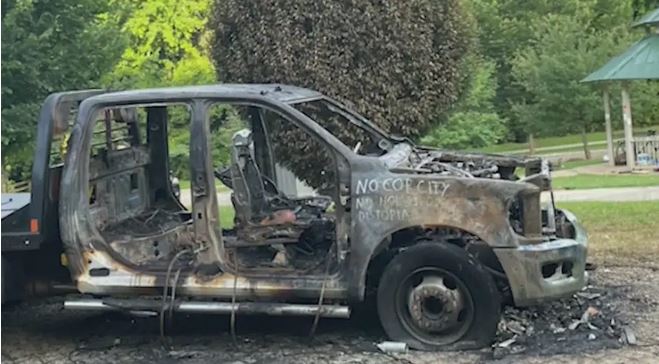 Since April 2021, a struggle has been underway to oppose this “Cop City” project, with regular attacks and sabotage and an occupation of the wooded area to the east, which has reverted to its former name of Weelaunee Forest. And since the Hollywood film studio on the edge of the forest, Shadowbox Studios (formerly Blackhall Studios), also planned to expand by destroying another 80 hectares on the same side as the “Cop City” project, it became another target from the start. This summer, on July 31, when workers intervened accompanied by cops to try to clear the land needed for its expansion, they were, for example, pelted with stones, a backhoe was smashed and a company pickup truck set on fire, after other identical attacks (see brief chronology below).

END_OF_DOCUMENT_TOKEN_TO_BE_REPLACED

When the car jack cracks the rail

ANDRA fuck off, we’re on the right track!

To our friends, the mischievous kids, we wanted to recount… one of those beautiful starry nights. 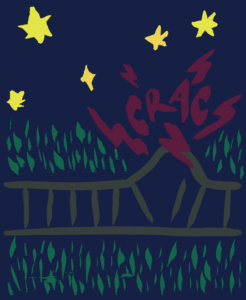 In small crew, we left at night. We walked, we crawled a little bit, we wandered around. Given that we were a little prepared, the reconnaissance had spotted everything well. We laughed, though not too much humming, maybe we were a bit stressed. But even if we hardly saw each other, we promise you that that there were smiles.

And we found on our way… a railroad track. By the greatest of the chances! Then, with the tools we had, one of the rails was… somewhat damaged. Oops! Very patiently, quietly and with all the precautions, we waited little by little … that the car jack cracks the rail! And then we left quietly, without leaving any trace.
END_OF_DOCUMENT_TOKEN_TO_BE_REPLACED