The general crisis – health, economic, institutional – continues to tighten the screw. A revolt in Naples, hospitals shut down, the renewal of work contracts for logistics and factory workers, the question of prison. We are just at the beginning. And the stink of the spectre of half-lock-down is starting to appear, which will be worse than the first.

Why half-lock-down is worse than a whole one

The press are now giving it for certain: maximum 7-10 days. It should be noted that in recent weeks all forecasts have been

“reviewed” in anticipation of events. But what will the half-lockdown be? It will still be the same old mass quarantine like last spring, with the difference of continuing to go to work.

In this permanent dystopia, reality continues to surpass the most perverse imagination of science-fiction authors: not just a virus reducing humanity to house arrest, we are now facing a society where we only get out of our domestic cell in order to go to be exploited. As written in the latest issue of Vetriolo, which has just come out, «in this era of ours the energies of the exploited are being frozen in many senses so that they can be defrosted later, only in the moment of production » (see  Vetriolo, issue 5, ‘State of pandemic’). A post-consumerist capitalism, where the old produce-consume-die is no longer there, now reduced to the binary: produce-die. In this system women and men in flesh and blood are only useful if they can work.

END_OF_DOCUMENT_TOKEN_TO_BE_REPLACED

On May 4, 2021, the second instance of the Panico trial at the Florence court of appeal concluded fairly quickly.

In summary, among the main news there is the fall of the associative crime (article 416, criminal association) for nine comrades convicted in the first instance and the acquittal of Giovanni for the facts of 2017 New Year’s Eve [the bomb against CasaPound’s Il Bargello bookshop, which exploded and seriously injured a police sapper officer] (from a sentence of 9 years and 10 months to 3 months for a spray writing). The sentences for the facts of the Melograno (the brawl with the cops outside a concert), for which two comrades were acquitted, remain heavy: five others were sentenced with sentences all around 3 and a half years. The sentence of the comrade accused of robbery for having stolen two bottles of wine worth 20 euro (2 years and 3 months, plus a fine) also remained unchanged, as well as the sentences (although lowered compared to the first instance) for the assault and firecracker attack on the CasaPound bookshop (January–February 2016). Finally, Ghespe and Paska were convicted for the 2017 New Year’s Eve events, with sentences reduced from 9 years (Ghespe) and 9 years and 5 months (Paska) to 8 years for both.

END_OF_DOCUMENT_TOKEN_TO_BE_REPLACED 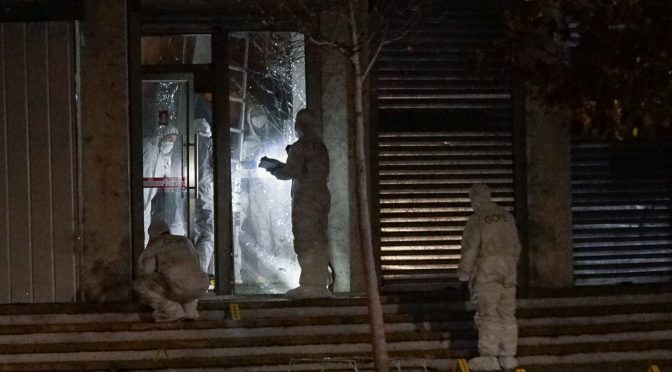 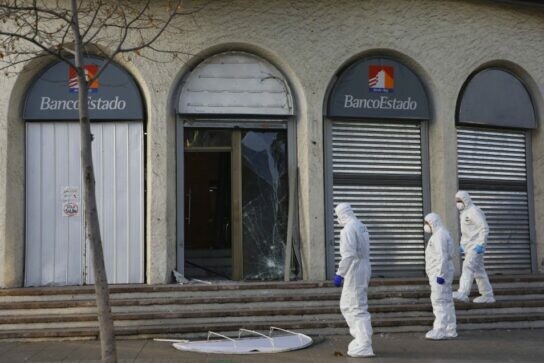 The night of 3rd May, after more than 42 days of hunger strike of our compas Mónica Caballero, Francisco Solar, Joaquín García, Pablo Bahamondez, Juan Flores and Marcelo Villarroel.

A few minutes before the start of the curfew, we headed for the neighbourhoods where there was no banging of pots to demand crumbs from this murderous government. Neighbourhoods inhabited by those who, in spite of the pandemic situation, have increased their wealth enormously while in other parts of the territory dominated by the Chilean State, hunger and poverty are the daily lot of many people.

We attacked this symbol of money and capital, a bank in avenue Apoquindo, at the corner of avenida Manquehue, in Las Condes [commune in the  rich suburb of  Santiago – BancoEstado belongs to the Chilean State; French NdAtt.]. This in solidarity with the compas on hunger strike since March 22 for the abrogation of the amendments of the decree law n. 321. They are using their bodies as the only trench in their gesture of defiance against the prison structure and its judiciary.

END_OF_DOCUMENT_TOKEN_TO_BE_REPLACED

The Chico Mendes commando paid a visit to the LafargeHolcim gravel quarry in Bière. Several construction vehicles (excavators, pick-ups, trucks and others) were sabotaged on the spot. 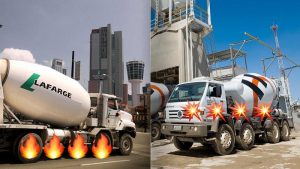 The eviction of ZAD from the hills is not the end of a struggle but its beginning. In the face of the usual collusion between traditional political forces and big capital, other means of resistance must be used. LafargeHolcim is destroying the hill of Mormont and taking part in the destruction of nature on an international level. This group, which generates a turnover of more than 27 billion Swiss francs, will stop at nothing in order to accumulate profits. They even collaborate with the Islamic State in Syria to continue their activity.

END_OF_DOCUMENT_TOKEN_TO_BE_REPLACED

To the Anarchist compas struggling in the prisons.
With love and hate.

A few anarchists, we visited the headquarters of the representative of the Chilean State in Porto Alegre, just before they started « work » ; we sprayed the car entrance with burnt oil, making difficult or blocking the entry of cars; we also left a burning tyre on the pavement outside the entrance and went away after leaving fliers saying:
« Combative solidarity with the anarchists on hunger strike in the dungeons of the Chilean State. Strength to you warriors, you are not alone! Long live Anarchy! »
Know that no warrior is alone.

This is our gesture full of tenderness, in support of your hunger strike.

Davide informs us that he has broken his hunger strike because the management has ordered an end to solitary confinement and his transfer to a single cell in the general prisoners’ section. He will also be able to make phone and video calls again.

[Update published in italian by sardegnaanarchica.wordpress.com, translated into english by malacoda.noblogs.org].

Davide Delogu is a sardinian anarchist arrested in 2010 and convicted of several robberies and thefts. On May 1, 2017 he attempted to escape from Brucoli prison (in Augusta, Sicily), almost succeeding. The comrade in recent years has always been imprisoned in prisons located between Sicily and Calabria, in fact deported from his land, Sardinia. Since 2017 he was transferred to the prisons of Brucoli, Rossano Calabro, Pagliarelli (Palermo), Caltagirone, until his recent transfer to Vibo Valentia.

END_OF_DOCUMENT_TOKEN_TO_BE_REPLACED

A Contribution About the “Proposal For a New Anarchist Manifesto”

Let me preface this by saying that living in a “bubble” (a high security section) it was only today, April 2021, that I received the “Reflections on the contemporary informal, insurrectional and internationalist anarchist substrate. For a new anarchist manifesto“, written back in February–April 2020.

Although I don’t know how this has evolved, I would still like to have my say, by giving my contribution on what I believe is the real and concrete essence of what is sometimes called “the new anarchy”, sometimes “the black international”. I would like this writing of mine to circulate as much as possible outside the Italian borders and so I hope that some comrade will translate these words of mine into the various languages. My intention is simply to clarify a few points, I hope I’m not stepping on anyone’s toes, mine are just slightly different points of view… The first thing I noticed in this document is that the Federazione Anarchica Informale – Fronte Rivoluzionario Internazionale (Informal Anarchist Federation – International Revolutionary Front) and the Conspiracy of Cells of Fire are never mentioned. This lack from my point of view is quite surprising and indicative because we are talking about experiences of armed struggle that, with all their limitations, gave the start to this phenomenon. These two experiences have bequeathed to us a concreteness that we only dreamed of before, a concreteness that was the product of a real “international”. An international that has allowed anarchists to communicate through actions without organizations and coordination of any kind. A force that has made itself recognisable by presenting itself to the world through acronyms. Acronyms behind which there were nothing but anarchists of action who related to each other through the words that followed the actions. Comrades who had only one aim in that specific field: the concrete and factual destruction of the existing and not recognition or self-representation within an assembly. In your writing (which, if I understand correctly, would have among many other beneficial purpose to “mitigate the discrepancies” between the so-called “social” and “anti-social” struggles) the real essence of this “new” anarchy is brought back on the tracks of traditional insurrectionalism. I say this because basic concepts that are foundational to this “new” anarchy in your words are distorted if not overturned. Words that would seem an attempt to give an organic, a structure to a phenomenon that by its nature is ethereal, unstructured and that finds its strength precisely in this its intangibility and unpredictability.

In Europe in past years, among more or less informal anarchists, attempts similar to yours were tried. Attempts of more or less successful international assemblies. Attempts that beyond the initial intentions did not lead to anything but books, documents prepared in common and various posters, reducing in fact to the usual scene for the usual known comrades. At this point I must reiterate what are (according to my lonely point of view) the founding concepts at the base of the new informal anarchist practices:

– Overcoming the assembly “instrument”, only the actions speak, only the anarchists who risk their lives by striking hard; communication takes place through the claims. END_OF_DOCUMENT_TOKEN_TO_BE_REPLACED

This May Day, Montreal’s annual anti-capitalist demonstration organized by the CLAC gathered in Jarry Park under the theme “No old normal, no new normal”. It was a sunny late afternoon, and the energy was high amid the banners and black flags as the demo began to snake through the residential streets of Villeray.

Heading west on De Castelnau, fireworks were set off, and construction cones were used to block the road behind us. The cops seemed confused about the route we were taking, which meant that there were less of them in our near vicinity. Dropping south onto Jean-Talon, the demo continued west through the viaduct beneath the St-Jérôme commuter rail line.

Leaving the Police Behind

Turning south on Parc Avenue from Jean-Talon, the demo excitedly entered a second viaduct under the same rail line. This time, a surprise was in store for the police vans and bike cops waiting for the crowd to pass to the other side before continuing to trail the demo: smoke bombs were set off in the viaduct, and crow’s feet were deployed on the road to puncture the tires of any cop vans that might brave the smoke-filled passageway. These actions effectively blocked the viaduct, a chokepoint in the area, to all traffic.

END_OF_DOCUMENT_TOKEN_TO_BE_REPLACED

We receive from anonymous mail and spread:

Against the technological system and advancing control we can only oppose destructive action. For this in the night between 14th and 15th April a 5G WindTre antenna was set on fire in Via Tor tre Treste, Rome.

Fiery thoughts for Juan and the brothers and the sister on hunger strike in Chile. Freedom for Marcelo Villaroel!

“Last March 22nd different anarchist and subversive partners from the revolt, kidnapped in many prisons of the Chilean state, have begun a hunger strike demanding the repeal of the article 9 and the restitution of the article 1st from the decree of the law 321.

The retroactive character of this law modifies the request’s periods of conditional release, which directly harms mates with long sentences, and thousands of prisoners across the region

END_OF_DOCUMENT_TOKEN_TO_BE_REPLACED 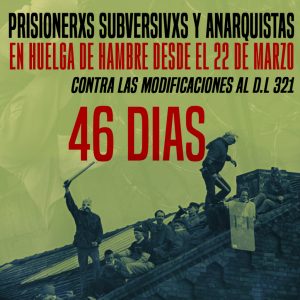 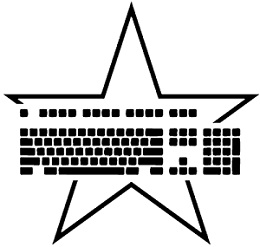 Anarchist publication RUMOER #3 is out: 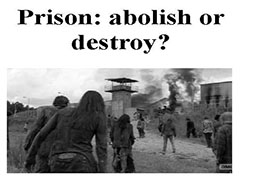 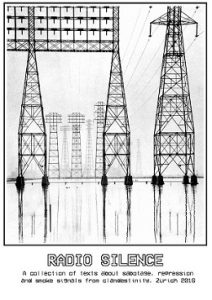