The Solidarity Fund of Imprisoned and Persecuted Fighters continues this year the series of agendas who attempt to record some of the most important moments of the social and class war in Greece. The three previous agendas in this series (2020-2021-2022) covered the period 1974-2005, dividing it not into uniform parts, but in such a way that, in addition to taking into account the volume of available archival material, they serve a basic need periodization of historical time. What we found in view of last year’s agenda, namely that “on the one hand the concentration of political time (closer to us and in terms of cinematic events) and on the other hand the abundance of archival material, also due to the wide use of the internet , led us to choose to divide the period after 2000 into five years”, it is obvious that this year we should, to some extent, revise it. This year’s agenda will thus cover three years (2006-2008). 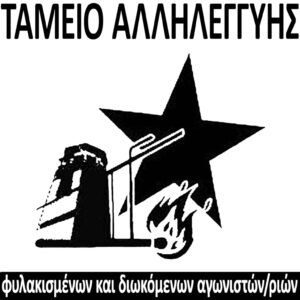 It is not only the rapid concentration of multiform kinematic events during this period and the abundant available material that led us to this choice. It is, above all, the fact that during the year that closes this three-year period, in 2008, things happened that defined in such a fundamental way the world around us, but also the world within the domestic radical movement, the anarchist-anti-authoritarian space, which created a historical section. At such intersections, we believe that any attempt at historical recording would be right to stand.

The violent outbreak of the capitalist crisis, which of course did not occur suddenly, but is placed in time in the autumn of 2008, would decisively change the model of the world we knew until then. Capitalism, in the given historical conditions and in the form it was in (neoliberalism, globalization), was in crisis and the way for major and violent changes, rearrangements and reconfiguration of its model of dominance and development had been opened. This process is still ongoing today. For Greek society, it was also a moment that would give birth – a short time later, in the spring of 2010 – to a series of tectonic changes that are still unfolding today. But 2008 is also a landmark year for the domestic revolutionary tradition, for the history of the competitive movement, of anarchy. December 2008, the events that followed the cold-blooded murder, by a police officer, of the anarchist student Alexandros Grigoropoulos, indelibly and definitively stamped the world of the struggle, the physiognomy of the anarchist space, creating yet another section in its history. We believe that these intersections, of world history on the one hand and domestic revolutionary political history on the other, are worth stopping, reflecting on and evaluating. The annual agenda of the Solidarity Fund, through the recording of the events of the three years 2006-2008, from the point of view mainly of the anti-authoritarian struggle, attempts again this year to contribute, mainly as a trigger, to the collective effort required for the processing and evaluation of such important historical moments.

So, agenda includes pictures and posters from this 3-years period as well as short descriptions (in greek) of the main events on the corresponding dates.

This agenda is sold for 5 euros per item. If you think there could be people who would like an agenda in greek, please send us an email in order to send you some.