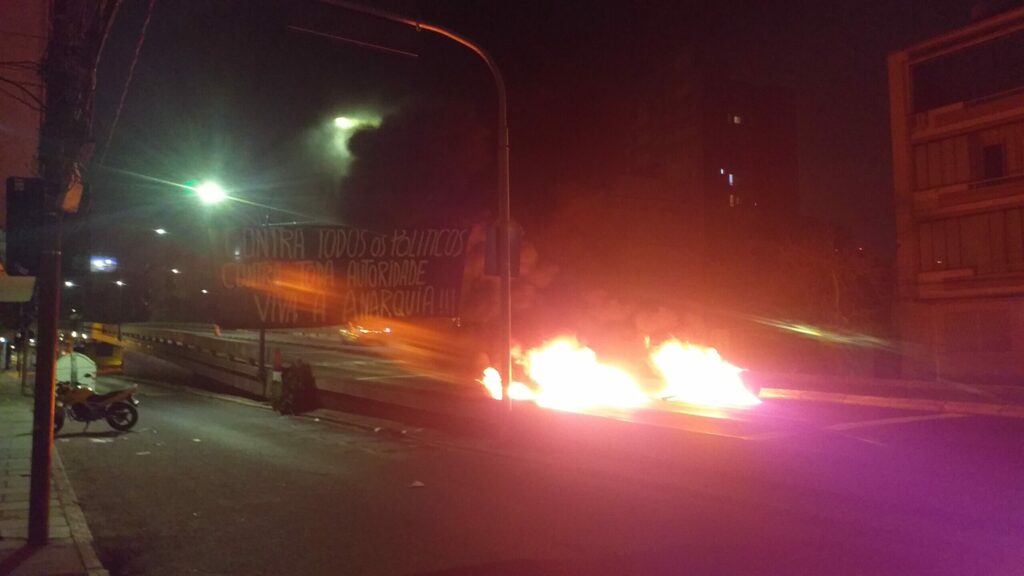 Faced with the anarchist debate about voting and elections, our response was, is, and will be direct action against all authority. It is urgent to move from paper to action.

At dawn on Election Day we set fire to more than 300 electoral flags and pamphlets that ignited the tires of a barricade on the overpass of Avenida Silva Só, an area close to the city center. With this action we cut the flow of normality of the citizens resigned to voting as a way of life.

On the banner, and on the flyers that accompanied the fire, was written: “Against all politicians, Against all authority, Long live anarchy!”

(Thanks to social media, curious neighbors and more for the images…)

via: es-contrainfo
Translated by Act for freedom now!