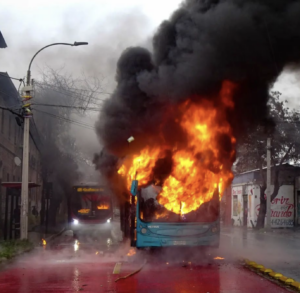 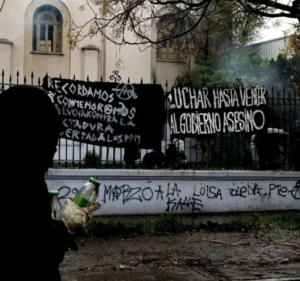 On Thursday, September 8, in the vicinity of the Barros Arana Boarding School (INBA), barricades were set up, banners were hung, confrontations were mounted against the presence of Carabineros and two RED (Transantiago) buses were burned in their entirety at the intersection of San Pablo and Patricio Lynch.

The driver of one of the buses declared: “About thirty students must have come out of there. The only thing they said was to get off the bus and they began to throw incendiary projectiles at it”. (…) “They assaulted me as I started [the engine], they made me go into a dark alley between all the kids who were there”.

A banner is displayed on the front of the INBA that reads: “Fight until the murderous government is defeated”, “We remember and commemorate the struggle against the dictatorship, freedom for the ppm [Mapuche Political Prisoners]”, “No one has been forgotten, INBA [Barros Arana National Boarding School] active and combative. Claudia López is present.” 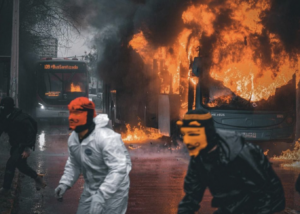 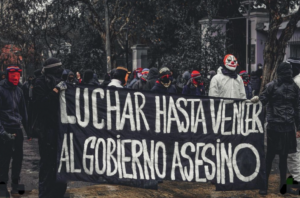