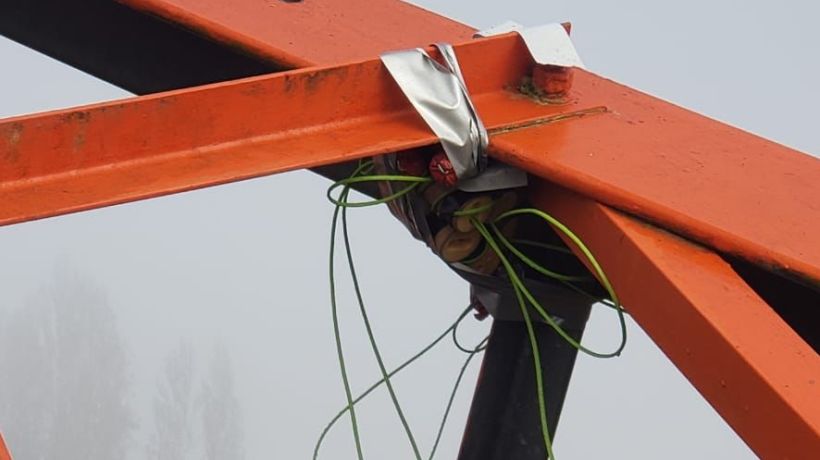 At the scene, a banner signed Resistencia Urbana Autónoma (RUA) was found, saying: “Let’s launch sabotage against extractivist projects in the territory / Those who forget the prisoners forget the struggle / Freedom (with a circle A) for Víctor Llanquileo* and all Mapuche, anarchist, subversive and revolt prisoners. 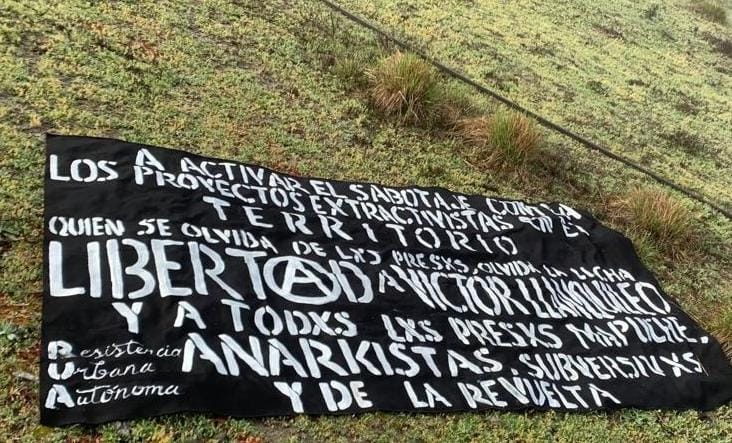 * The Mapuche prisoner Víctor Llanquileo, incarcerated in Arauco, has been on a dry hunger strike since August 30.