Arson on the Yard of Bauer (complicit in building Coastal GasLink) 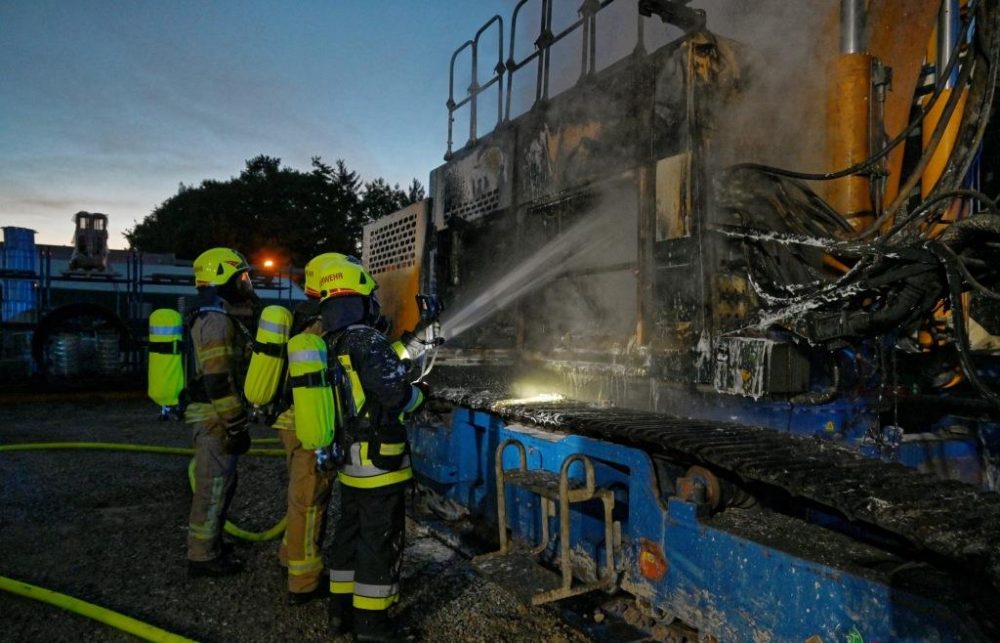 On August 3, a few weeks after the involvement of the German company Bauer in the building process of the Coastal GasLink Pipeline through manufacturing equipment for the drilling process became known, local media report a nighttime fire on the company’s main office yard in Schrobenhausen, Germany.

According to the media, three highly expensive vehicles were set on fire by unknown attackers. At least one of them is one of those phallus-shaped drilling machines, used to rape the earth during pipeline construction processes all over the world. While media photos show this machine completely torched, it is reported that the fires on two other machines could be extinguished, but caused nevertheless huge damages. For sure none of this machinery will be used for the construction of extractivist infrastructure sometime soon, be it at the drilling site near Wedzin Kwa or elsewhere in the world.