The elections are the apex of the theatre of democracy.

The grand gala evening of the whole infamous orchestra of democratic power.
The apparatus of dominion, with all the calm it has deemed appropriate, has finally come round once again to the ‘ritual of the ballot box’, to renew the illusion of the ‘decision-making power of the people’ a little in the few who still believe in it… despite the fact that the Italian state and its various appendices have abundantly demonstrated that one can do without even the (farcical) democratic form to impose dominion without being accused of 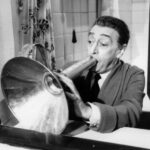 ‘dictatorship’.
In the territory dominated by the Italian state, the government of technology has found an avant-garde pole once again… and indeed Western power always looks to our latitudes with a desire to emulate them.

The need to save a little slice of power, after ‘the man of providence’ Draghi did ‘what had to be done’, has led the various politicians to decide for elections: everyone must be able to gorge themselves on the cake of power, in rotation, all on the blood of the oppressed, on the depredation of the Earth and those who traverse it.

For these reasons, on 25 September we ‘go to vote’.

There are plenty of reasons, as anarchists, to actively oppose the electoral merry-go-round, but with one more gear this year: vengeance and the desire for revenge for the ferocious repression that is plaguing anarchist comrades in this country’s jails (Anna, Alfredo, Juan, Davide, Stefano) and outside (surveillance, DASPOs, charges, searches, threats, etc. etc.).
That is why we want to launch a call, a suggestion, a target: let’s spoil their party!
We have a date that gives us plenty of time to prepare: September 25th!
We have targets scattered throughout the territory: election committees, parties, polling stations, rallies etc.

We need to give ourselves strength, do something beautiful and destructive to get a good grip on the attack again!

Each in their own way, each with their own convictions and energy!

Let’s attack the elections in solidarity with the anarchist prisoners and to re-launch our hostility against the existent!