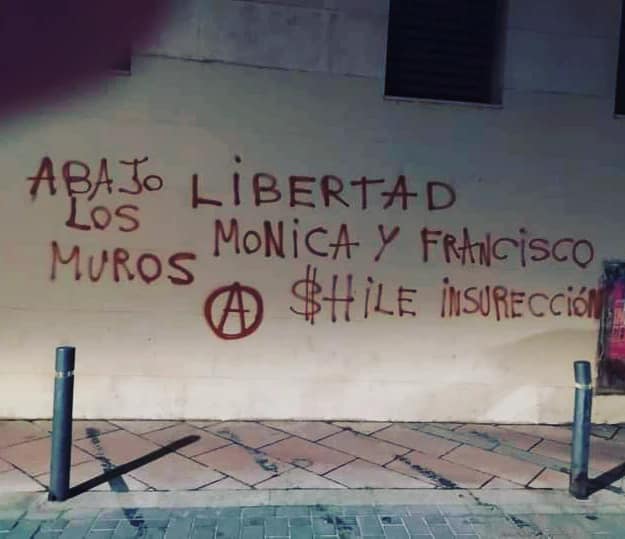 The military dictatorship left large and deep scars on a part of the inhabitants of the territory denominated by the Chilean state, thanks to the state terrorism that spared nothing in crushing all those who could hinder the implementation of the new neoliberal model. This is how the harshest face of repression became known to the thousands who were imprisoned, tortured, murdered and disappeared.

The fear and wounds left by the agents of the state can paralyze anyone, I cannot and do not intend to judge or criticize those who have chosen to stay at home after having lived through torture and/or the loss and/or disappearance of a loved one. On the other hand, there are others who, full of scars, have shed their fear and stood up without victimhood against the system of terror and oblivion. Among these was Luisa.

Luisa could have lived out her mourning within her most intimate space, but she preferred that the death of her children sow the rebellion of hundreds of young (and not so young) fighters.

I remember Luisa today, not only because she is the mother of Rafael, Eduardo and Pablo and because they were combatants assassinated by agents of the State, I also remember her because she is a living part of the history of many who, like her children, decided to confront domination and build a different world.

This first anniversary of her death is full of nostalgia, for those of us who were moved to the core listening to her or who had the pleasure of receiving one of her affectionate hugs. It is also a day to soak up a little bit of the immense strength and resilience that characterized her.

In this month I also commemorate the departure of the tireless Herminia Concha, this great woman who made her life a constant confrontation against imperialism, prison etc..

May we not light candles for our grandmothers but insurrectionary flames!!!!

via:lapesteTranslated by Act for freedom now!