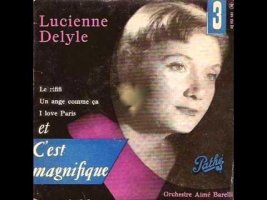 Thinking of the comrade imprisoned in Villepinte accused of burning diplomatic cars and of all those who continue to conspire and attack. However, solidarity should not cause us to idolize perfect and sacred figures, let’s remain critical of the mistakes of companions while not remaining indifferent to repression.

We know well why it burned
For St. John’s Day, in Bonnefoy
A freshly installed cam
Rue Michel-Ange, it burned out.

How not to lose one’s head,
Scrutinized by the police eyes?
With thoughts of the companion
In Villepinte locked up.

We who liked so much
Attack and mutual aid all the time
Let’s not forget the Parisian.

A rich of the 17th district snitched
To the 17 who caught him.
It’s scary to be hit by the state.
We knew it, but we did it

We who liked so much
To make pretty fires for the Saint-Jean
In solidarity,
We always wanted to revolt

Editor’s note: On the “comrade imprisoned in Villepinte”, see his first letter here