In the past few days we have hung banners for political prisoners in neighbourhoods in the east:

the request for the release of Giannis Michailidis, who is being held in revenge despite having fulfilled the necessary conditions for his release since December – and after 8.5 years of detention 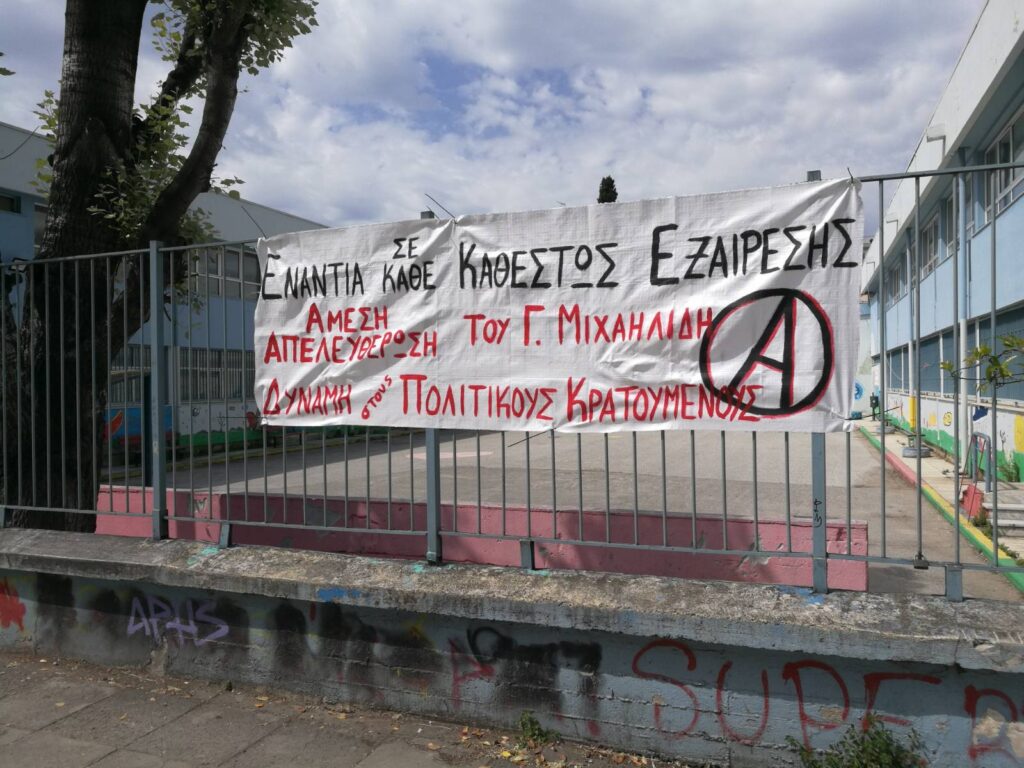 the Court of Appeal of Dimitris Hadjivassiliadis and Vangelis Stathopoulos, sentenced to 19 years’ imprisonment in the first instance for his solidarity with a wounded and persecuted comrade 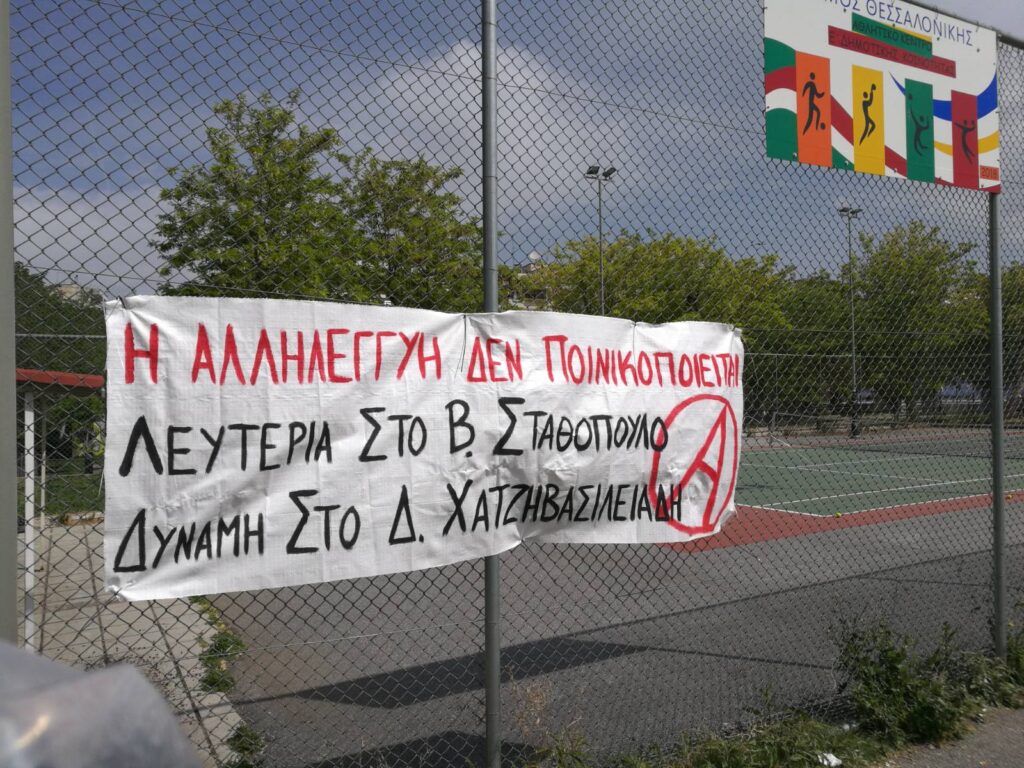 on the case of Haris Mantzouridis, who has been detained for months with serious health consequences, on the basis of an “anonymous phone call” and an “orphan” DNA sample, and against all forms of imprisonment 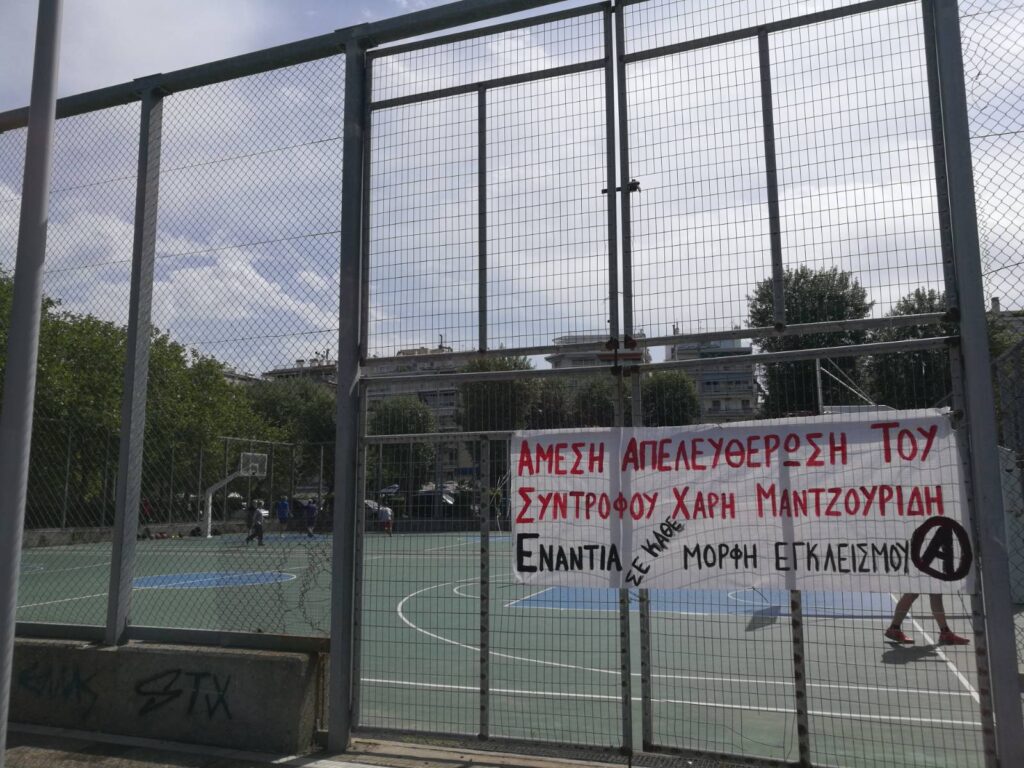 for Thanos Hatziangelou and Georgia Voulgaris, detained since 8 February, and Panagiotis Kalaitzis, incarcerated for the same case with the only evidence his personal relations with one of the defendants 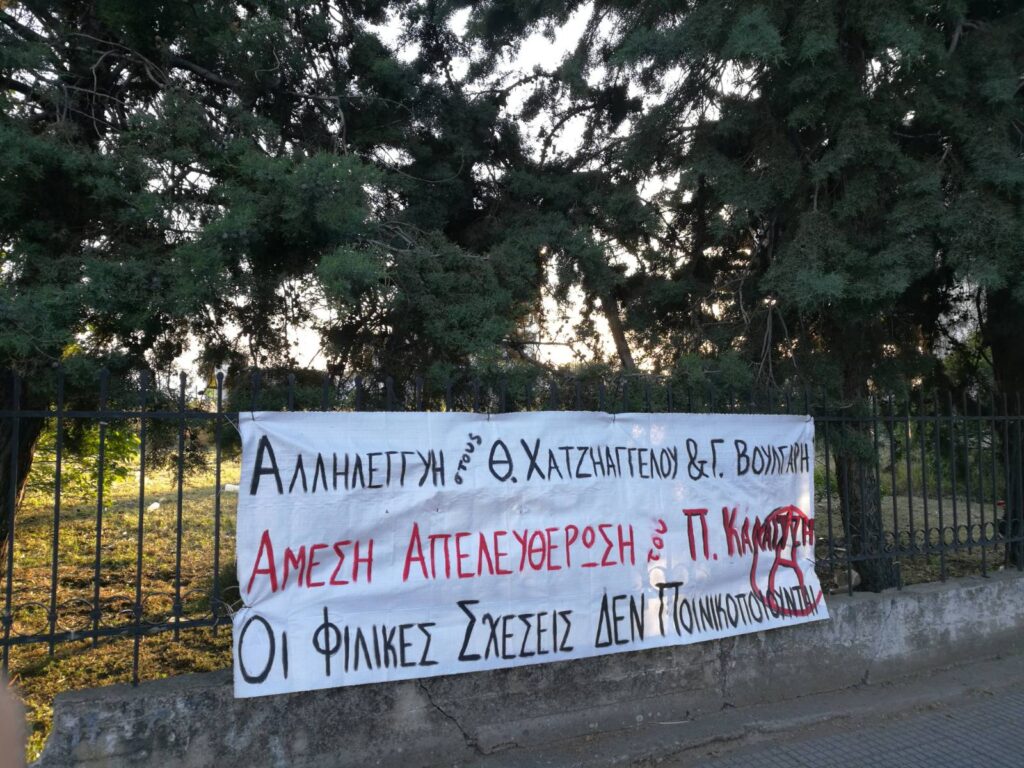 for the case of the comrades Fotis D. and Jason R. who have been in custody since November as they did not stop at a roadblock 3.5 km away from the Piraeus traffic police and are accused of attacking it 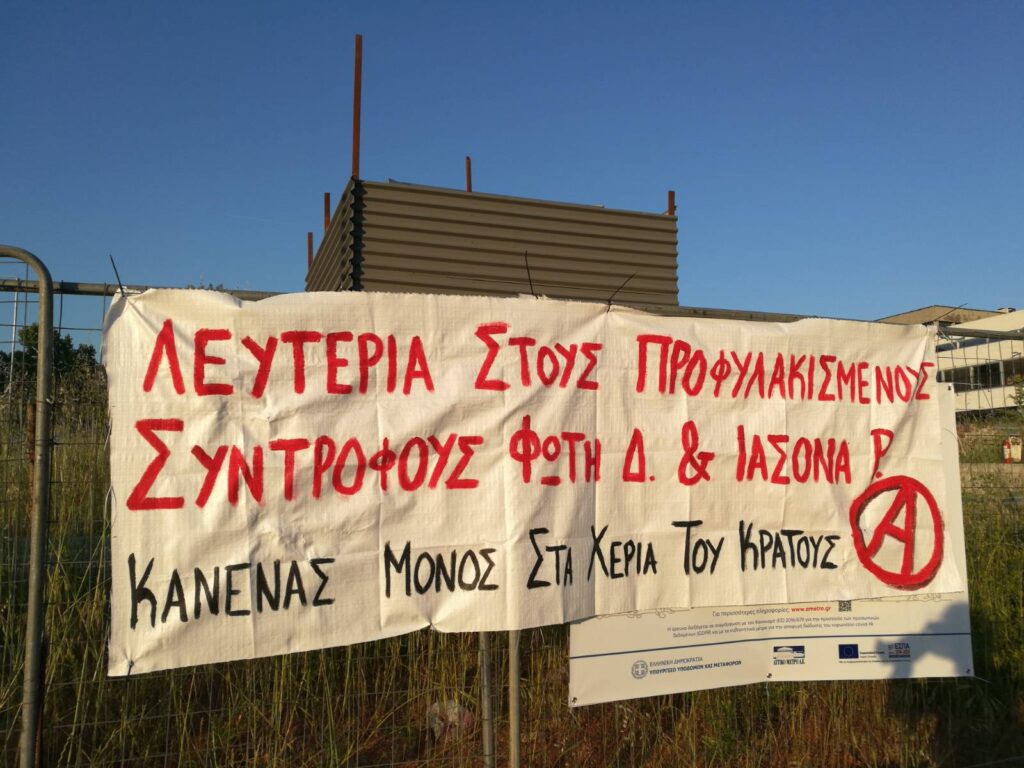 as well as the state frame-up with the four comrades who are being prosecuted for “participation in the terrorist organization “Comrades-Compañeras” and are accused of dozens of attacks, facing suffocating restraints and an informal hostage regime. 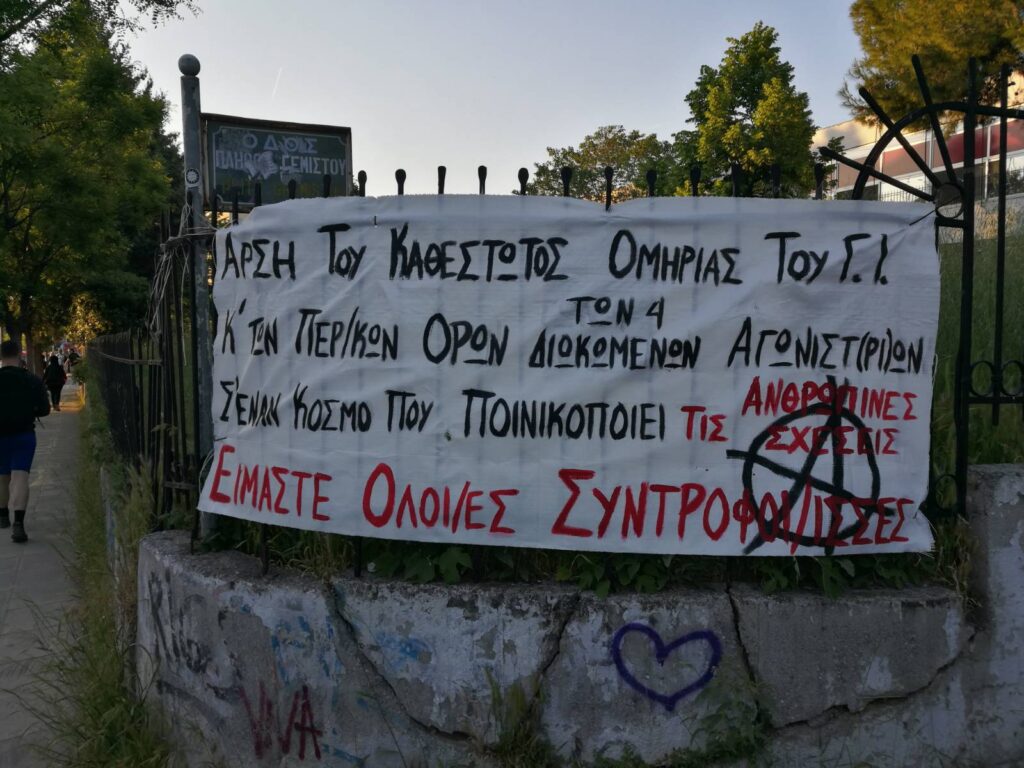 THEY ARE INSIDE FOR US, WE ARE OUTSIDE FOR THEM

Repression is a structural part of state and capitalist functioning. All the more so at times when there is rapid intensification of exploitation and oppression, such as the period we are going through (for over a decade now), with the poor getting poorer, and more and more people being driven to the limits of survival – both by the devaluation of our labour power and our living conditions, and by the waging of wars in many parts of the world.

Repression targets all those who struggle and challenge authority, whether that happens inside or outside prisons. Whether it happens through mass mobilizations and public interventions, or through attacks on state and capitalist institutions. Overcrowded courts, with empty indictments, false testimonies and the controversial use of DNA samples by the anti-terrorist police, exhaustive sentences, terror laws, the refusal to grant permits to captured revolutionaries, the persecution of their relatives and friends is one way in which the state is unleashing its vengeful fury on our comrades who do not bow their heads, so as to show what is coming to each one who does not comply with the state’s dictates, so as to cultivate generalized fear in all those who think of resisting. In the social and class war that is raging we stand with the people of our class who are fighting. For us, the imprisoned fighters, the captured revolutionaries, are the flesh and blood of the communities of struggle built against the capitalist and authoritarian system. We want and need to take them back to demonstrate together in the streets alongside the rest of the people of the revolutionary working class, and united to overthrow the state and capital together. To totally and completely destroy the system that gives birth to exploitation and oppression, wars and capitalist “peace”, and dare to create a world without rich and poor, bosses and workers, without borders and prisons, discrimination and inequality.
SOLIDARITY, STRENGTH AND FREEDOM TO ALL IMPRISONED MILITANTS
UNTIL THE LAST PRISON IS TORN DOWN

Collective of Anarchists from the East // anatolika.espivblogs.net