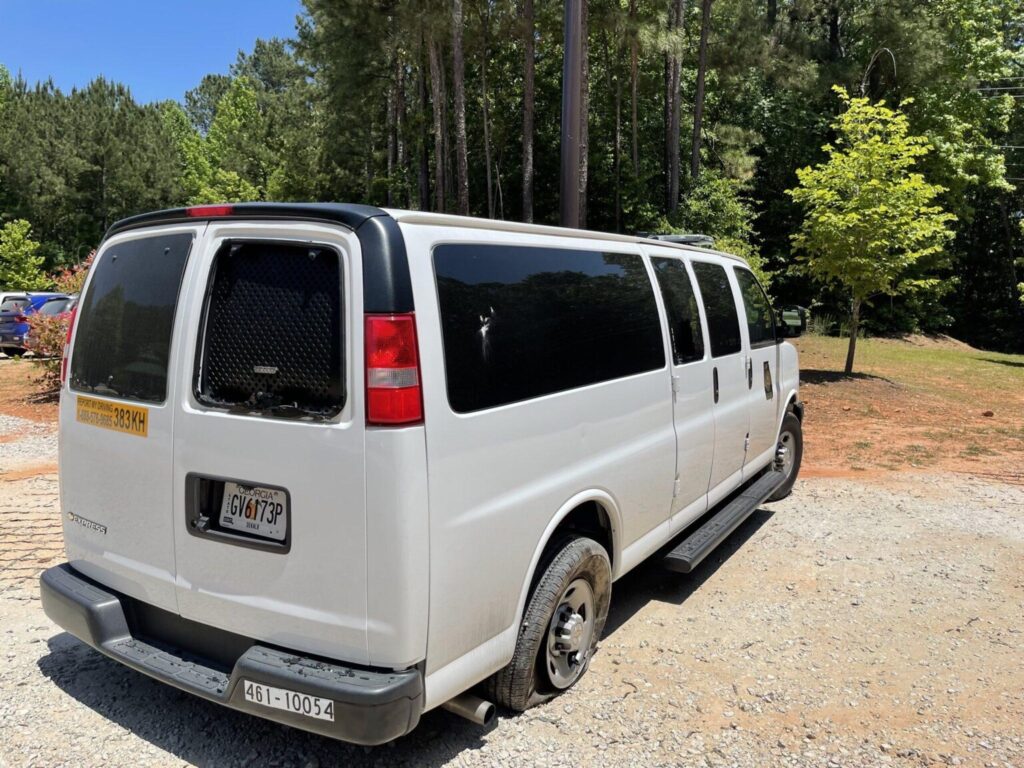 Just after 10am on Wednesday, May 24th (the 4th day of the Third Week of Action) 2 DeKalb County park police entered the forest to inspect the path created by bulldozers on Monday in the RC field. As they were exiting, forest defenders ambushed them by throwing rocks and bottles their cars, smashing windows.

It seems they aren’t so formidable when they aren’t alongside DeKalb County Police assisting in encampment sweeps, as they did last December at the behest of Blackhall Studios following the “Witch Bloc” hexing.

At Noon, a van with “LAW ENFORCEMENT – DEPARTMENT OF JUVENILE JUSTICE” superimposed in a seal over a silhouette of Georgia printed on the door pulled into the parking lot of Intrenchment Creek Park by the gazebo. Around an hour later, the van was attacked suddenly by a barrage of rocks and multiple tires were slashed. The van attempted to escape but was left stranded in the parking lot until DeKalb Police were able to escort it out. Police were nervously walking backwards in order to keep their eyes on the tree line where they knew forest defenders would be watching them at every moment.

Multiple police vehicles were damaged. Nobody was detained or arrested. Juvenile justice was served, but probably not in the way they meant. Atlanta will remain a forest.

via: Scenes from the Atlanta Forest