From the territory usurped by the Uruguayen State.

During the night of Tuesday May 18 we decided to block one of the access roads to the town of Montevideo by fire.

We feel alongside the compas who, day after day, defy the daily routine of the prison, using their bodies as a stronghold in the struggle.

We send them a complicit wink of love and rage, which transcends the borders imposed by States and capital.
In memory of Mauricio Morales, comrade fallen in combat on May 22nd 2009; we want to send a loving warm hug to his friends and affinities, who remember him every day in the struggle.
Solidarity with the anarchist and subversive prisoners throughout the world! In this month of May of black memory, we remember the compas fallen in combat and, in solidarity with the anarchist and subversive prisoners in Chile, in Italy, in Greece and all over the world, we materialize our rage with the complicit anarchic fire of the struggle.
To transcend the borders, walls and bars.

For the spreading of the revolt!
Long live permanent insurrection! 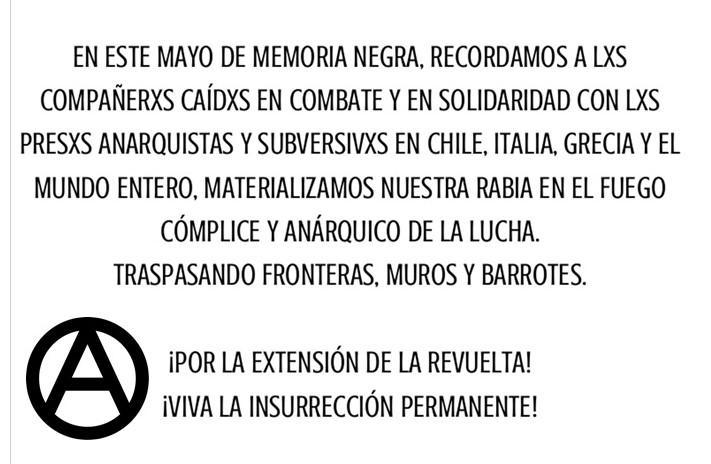 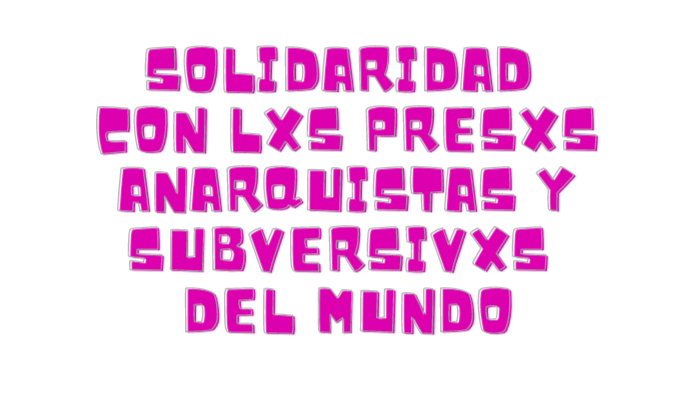